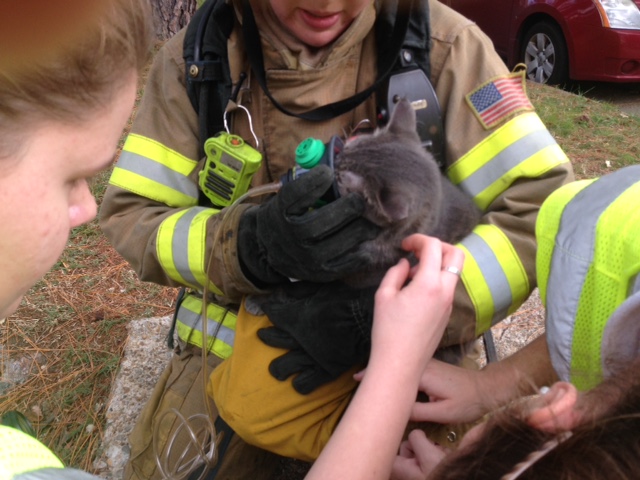 Officials say Virginia Beach Fire Department crews arrived to the scene three minutes after the 911 call was made.

When the teams arrived, heavy smoke and flames were coming from the garage of the home.

One adult and five children were in the home when the fire started.  The children’s ages ranged from six years old to eight months old.

The six occupants, two dogs and one cat got out of the house safely.  One cat died. The cat that survived received oxygen from a firefighter.

The home had major damages and the Red Cross was contacted to help the family.