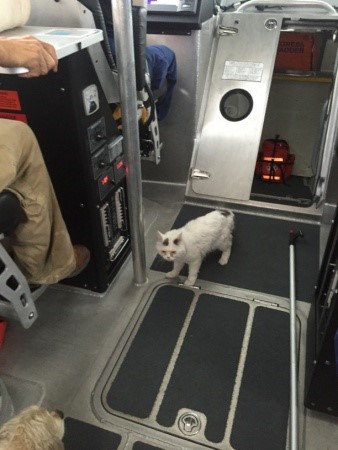 Raccoon Island, NC –  A man and his two pets had to be rescued on Thursday after their sailboat grounded near Raccoon Island.

The 68-year-old man and his dog and cat were all on the sailboat “Scampo”.

Coast Guard officials dispatched  a 45-foot response boat medium crew and they arrived on the scene at 1 p.m.

The man and his pets were then taken to Oriental Marina and Inn.

They were not injured and the owner plans to have the sailboat towed.