Brother of murdered Hampton woman: ‘I feel like I should have been here to protect her’

“I just wish I was here. I feel like if my presence would have been here, I can assume nothing would have happened,” says Miller.

But he says there was no way to expect what happened on October 14th.

That was the day his sister Angelina "Angie" Williams was murdered.

“I mean that morning I was notified, I was like it was unreal,” says Miller.

And police say Willie Smith is the one who took her life. 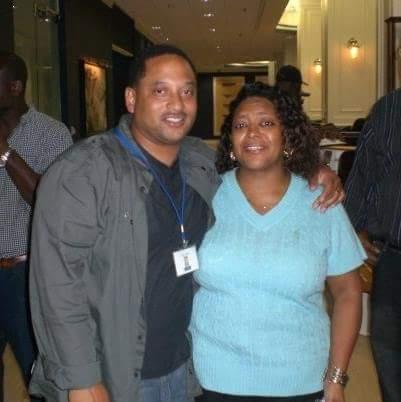 He is a man Anthony knew like family. He says it was Angie's ex fiancé.

“You never imagine someone you welcome into your home and into your family would do something like this to your loved one,” says Miller.

But it seemed like Angie had some fears of her ex, according to new details uncovered in search warrants today.

Search warrants that read Angie told friends and family several times that if anything happened to her "Willie did it."

Lisa Wright is her best friend.

“I just think about. If there was something that we could have done to just help, but right now we can't focus on that. just try to move on and create awareness so that this doesn't happen to another family,” says Wright.

And that's exactly what Angie’s closest friends and family are doing this weekend.

They will be hosting a vigil at Costco where Angie worked for more than 20 years -- hoping her story -- will prevent everyone more loss like this.

“We just want people to see the world in her eyes for one night and what would she say to you all if she was here today and really if you know someone who is being hurt, please reach out to resources in the community or let a friend know. Let’s talk about it and we can support you and empower you through that,” says Sanu Dieng, Managing Director with Transitions Family Violence Services.

“Do you think Angie would be happy her name could help someone else?” asked NewsChannel 3’s Nadeen Yanes.

“I think she would be happy because like I said, she was always concerned about everyone around her making sure everybody else was taken care of and okay. I think she'd be proud,” says Miller.

Search warrants filed in Hampton Circuit Court give us new details of what happened the day Williams was killed and how police were led to Willie Smith.

According to one of the several search warrants, Williams’ son came home from school and found his mother upstairs lying in a pool of blood. He then called police and once they got there they found Williams dead, lying next to her body was a box cutter with possible blood on it. The search warrant says it appeared that Angelina had defensive wounds on her arms and that the injuries she had were not self-inflicted.

The search warrants show detectives interviewed William’s friends and family including her son who told police Willie Smith was her ex-boyfriend.

Detectives say when they went to arrest Smith on unrelated charges out of James City County, they found a cut on his forearm. Detectives wrote that cut was consistent with reaching through a broken window which detectives believe was how Smith got into Williams’ house.

Smith was arrested and charged with 1st degree murder and burglary with the intent to commit murder.

See information below for the candlelight vigil:

Remember My Story: A Candlelight Vigil for Angelina Williams will be held on Sunday, November 22, 2015 from 7:00p.m-8:15pm in front of Costco Wholesale in Newport News.