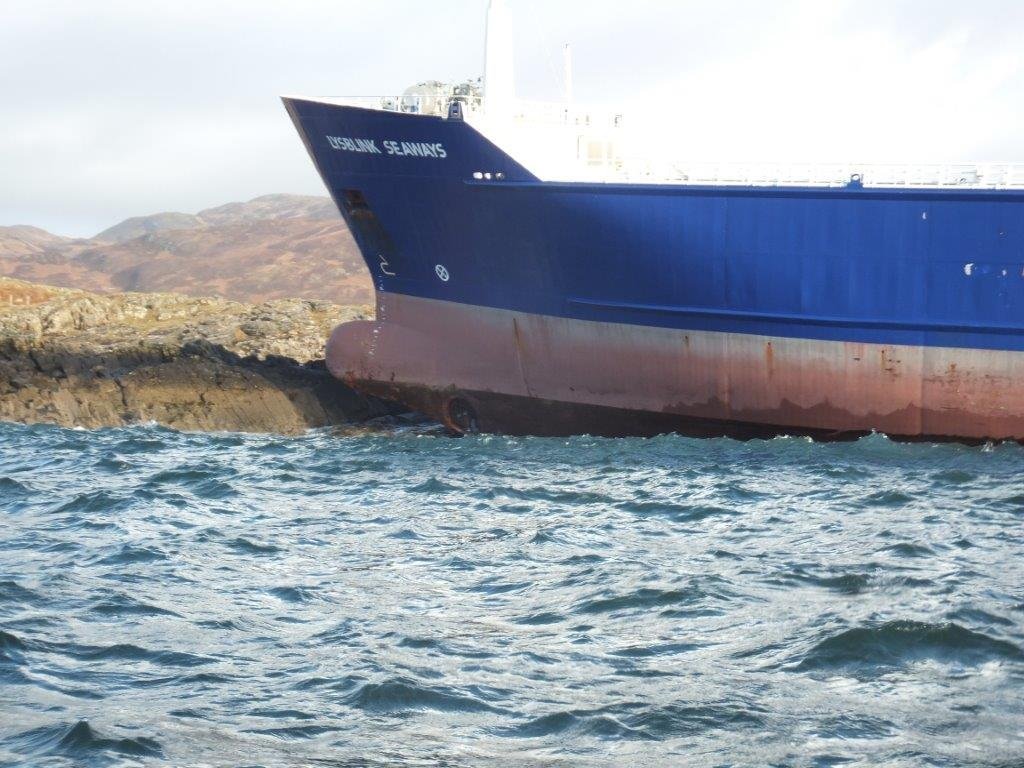 What shall we do with a drunken sailor?

That’s how a Russian mariner who drank half a liter of rum before work managed to crash into the coast of Scotland — at full speed.

The “Lysblink Seaways” was on its way from Belfast, Northern Ireland to Skogn in Norway when it slammed into the rocky shoreline near Kilchoan on the Ardnamurchan peninsula.

When the ship was salvaged, it was so badly damaged that it had to be scrapped.

Eight times over the limit

An investigation into what happened found that the vessel’s 36-year-old chief officer — the sole watchkeeper at the time of the crash — had become “inattentive … due to the effects of alcohol consumption,” the UK’s Marine Accident Investigation Branch said in a report released Thursday.

While off duty in his cabin the officer made a private phone call which “caused him anxiety, after which he consumed about 0.5 liter of rum,” the report added.

He then started his watch at midnight as the sole officer in charge of the vessel.

The amount of alcohol the officer consumed caused him to fail to plot crucial course adjustments — and the ship’s navigation alarm system, which could have alerted the rest of the crew to his incapacity, had not been switched on.

A breathalyzer test taken by the chief officer a few hours after the accident found his breath alcohol at 2.71 mg/ml — almost eight times the UK limit for professional seafarers.

The ship’s owner, DFDS A/S, has a zero tolerance alcohol policy on board and was supposed to carry out random alcohol and drugs testing.

But the investigation found that the “Lysblink Seaways” carried a bonded store, which included a stock of spirits, beer and wine, and crew members often flouted the zero alcohol rule.

“Records showed that the bonded store was regularly replenished, and empty beer, wine and spirit bottles and cartons found on board after the accident indicated significant levels of alcohol consumption by the crew,” the report said.

There was also no evidence that any random alcohol tests had been carried out on crew members.

But too much rum wasn’t the only thing that contributed to the accident, which happened at about 2.30 am on 18 February 2015, and caused the ship to leak 25 tons of marine gas oil into coastal waters.

The investigation also discovered poor navigational practices and a lack of control measures — which, had they had been in place, could have prevented the crash.

The report didn’t contain any recommendations as it said the ship’s owner had already taken action, including removing bonded stores from vessels and looking into the random alcohol testing regime.

‘No excuse for it’

Gert Jakobsen, a spokesperson for DFDS A/S told CNN: “It’s not a case we have seen before, and there is no excuse for it whatsoever.

“Everyone (in the company) knows the consequences of having alcohol in the blood or being in possession of alcohol on board … the officer in charge was fired.

“We’re happy that no persons were injured during this quite dangerous situation.”