Wait until after Thanksgiving to be a grinch and, for now at least, fully embrace the beautiful American tradition that is the White House turkey pardon.

Rumors of turkey pardons go back as far as the Lincoln administration, when the president’s young son supposedly begged his father to spare a pet turkey that was destined for the dinner table.

But the turkey pardon as we know it today has its roots in the mid-20th century. The National Turkey Federation has been the official turkey supplier to the First Family since 1947, when President Harry Truman accepted the feathered sacrifice. He did not, however, show the bird mercy.

This year’s turkey and alternate turkey are named Honest and Abe. The name choices were submitted by schoolchildren in California. 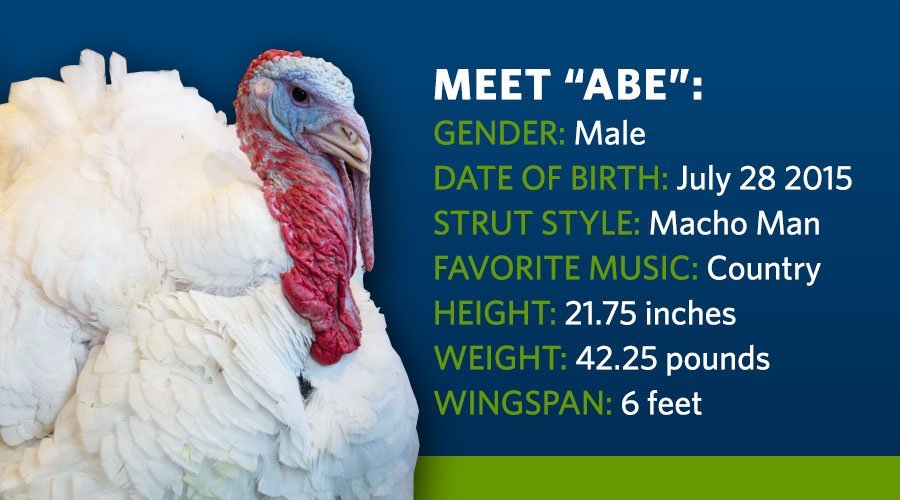 The chairman of the National Turkey Federation is responsible for raising the presidential turkey flock each year. Honest and Abe are from Foster Farms in Modesto, California.

After an online vote, Abe was named as the official National Thanksgiving Turkey and Honest was declared the backup. Both, however, will be pardoned.

After the pardoning, both turkeys will be sent to a farm in Virginia to live out the rest of their days.

The first documented turkey pardon was given by President John F. Kennedy in 1963.

The pardoning didn’t catch on, however. President Gerald Ford saw fit to pardon President Richard Nixon, but neither one of them saw fit to officially spare their turkeys.

According to the White House, it wasn’t until 1989 that pardoning resurfaced as part of the turkey presentation. That year, President George H.W. Bush started what became a tradition upheld by every president since.

Pardoned birds have been sent to live out their lives at various locations, including petting zoos and Mount Vernon, George Washington’s home.