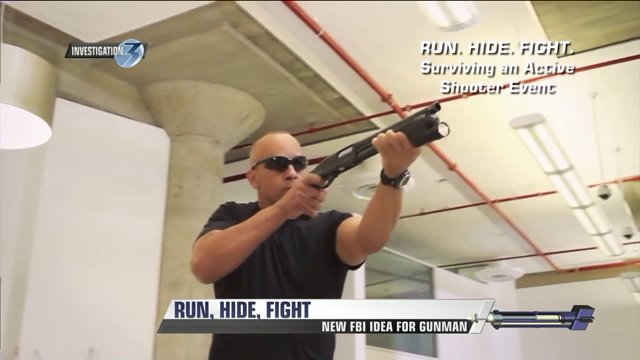 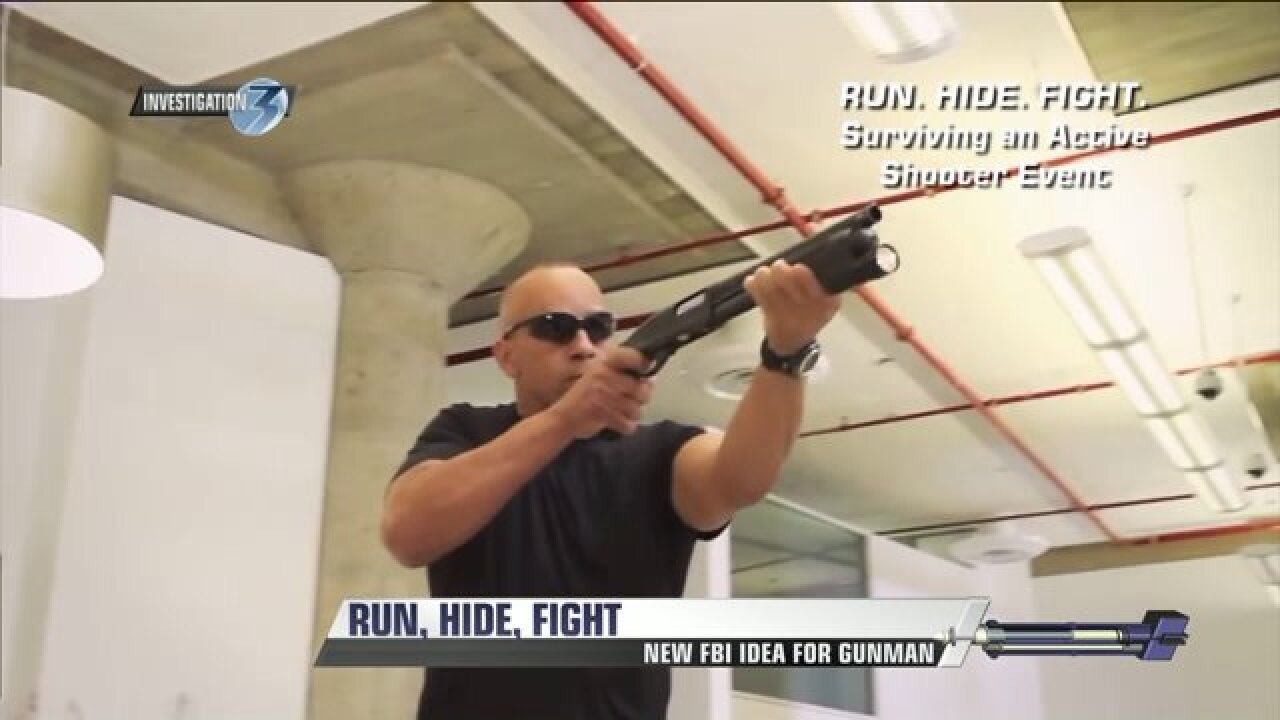 Norfolk, Va. - Federal agents and police are using graphic but fictional depictions of office shootings and campus killings to teach civilians to survive when deranged gunmen get into buildings.

In a change of philosophy, police are telling civilians they might have to attack the attackers.

“We’re asking the public to rethink the way they respond,” said FBI agent John Adams, in charge of the agency’s Norfolk field office. “When we were growing up, it used to be duck and cover. Something bad happens, you get down and you just hope that somebody comes and helps the situation. Now there is another philosophy that is beginning to take root, called ‘run, hide, fight.’ ”

Adams said if a shooter gets inside a building, civilians inside should without hesitation run out. In some cases, the government advice is to leave behind wounded co-workers to escape, rather than to give the gunman more targets to shoot. If escape isn’t possible, civilians should lock doors and barricade them if possible, turn off lights and stay quiet. Lastly, according to this new philosophy, workers or students who have no escape are told they should arm themselves with anything that can be used as a weapon, and to fight back.

FBI data shows these “active shooter” cases are usually over in five minutes, and often in just two minutes. Generally, the shooter commits suicide, according to the studies. Adams says in many cases police can’t get to the shooter in that amount of time, so civilians inside will have to survive by running, hiding or fighting.

Public-safety experts in Houston produced this video for office workers: