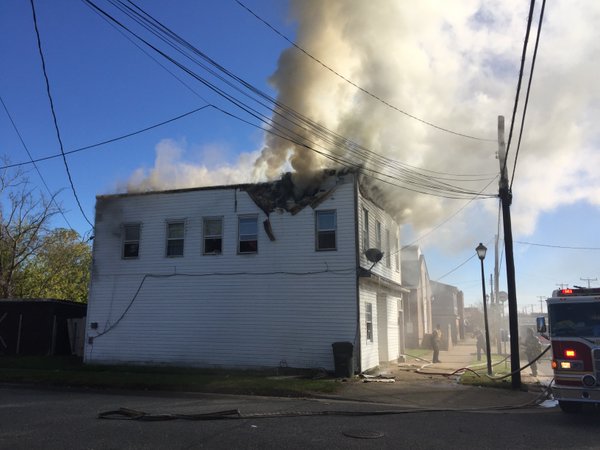 The first units arrived at 12:56 p.m. to find smoke and flames coming from the roof. Extra units were called to the scene due to the amount of fire in the building.

The resident was able to get out of the home prior to the arrival of the fire department.

She told firefighters she heard a smoke detector going off, and when she opened the door to the bedroom, she discovered the fire. She attempted to extinguish the fire by throwing water on it, but was unable to fully get the fire out.

Virginia Power was called to the scene to shut off power to the building, and the Red Cross was also called to assist the woman who was displaced by the fire.

Chestnut Avenue was closed to traffic between 32nd Street and 34th Street.

The cause of the fire was determined to be accidental – a candle that fell over.

At this time the fire department does not have a damage estimate, but the home was condemned.