Love in the face of racism: Being an interracial family 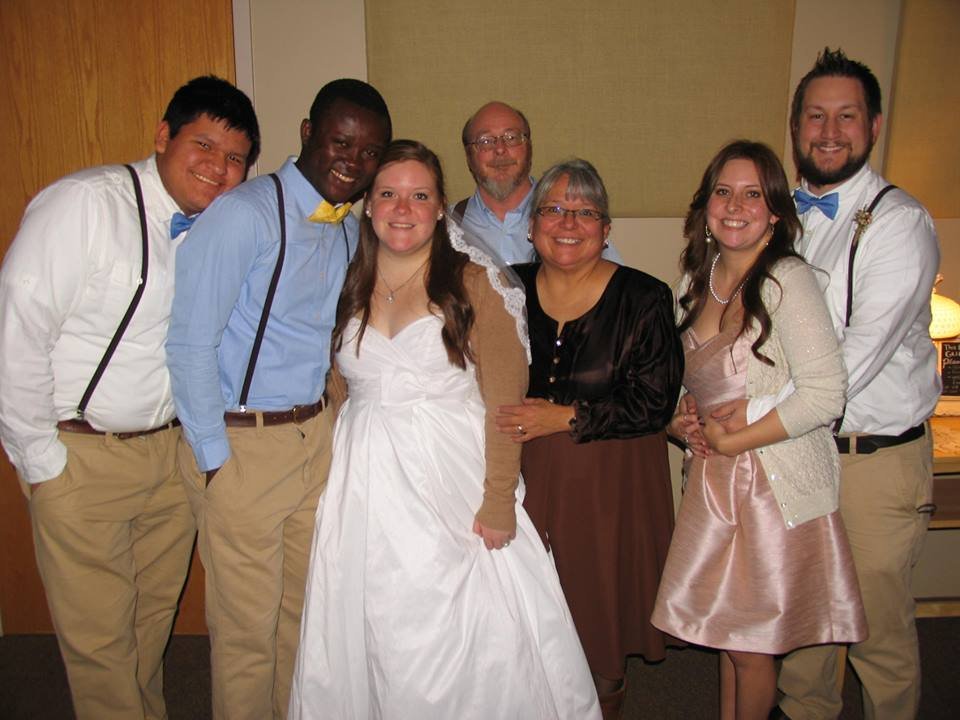 When Karen Garsee picked her 5-year-old daughter up from kindergarten in September, she wasn’t prepared for what Kaylee had to say.

The kids at school wouldn’t play with me today.

Those words struck Garsee right in the heart. Being white, she didn’t know what she could say to make her daughter feel better. At that moment, they simply embraced.

“I didn’t think kids at that age really thought about other kids being different,” Garsee says.

That wouldn’t be the last time the schoolchildren didn’t want to play with Kaylee.

“We live in the South and racism is loud and it’s still out there,” Garsee says.

A CNN/Kaiser Family Foundation Poll on race found that about half (49%) of Americans say racism is a big problem in our society. Compare that to 2011 when 28% said racism was a big problem. And in 1995, shortly after the O.J. Simpson trial and a couple of years after the race riots in Los Angeles, 41% of people said racism was a big societal problem.

When you don’t know what to tell your child

There aren’t a lot of people who look like Kaylee in Georgetown, Texas. Her mother, Karen Garsee, is white and her father, Chris Garsee, is Nigerian, giving the kindergartner curly brown hair, warm caramel-colored skin and deep brown eyes.

“Now that she started school, Kaylee is seeing that she’s different,” Garsee says. Kaylee is the only one in her class who isn’t white.

Both Karen and Chris Garsee spent their high school years in the same town they live in now, and Karen Garsee says she hasn’t noticed a lot of change in the city’s diversity. In 2010, African-Americans and blacks make up about 4% of Georgetown’s population, according to the United States Census.

Kaylee is starting to point out the differences she’s seeing between her and other people.

Mom you’re white. But me and Daddy are brown.

I know, but that’s OK. If a rainbow was one color, it wouldn’t be beautiful.

“I’m trying to teach her how to respond now because she’s going to live through this for the rest of her life,” Garsee says.

Garsee, a banker, says she sees racism often. She says she has seen parents pull their kids away from Kaylee when they’re at the park, and she believes police have stopped Garsee and her husband in the past because he’s black.

“There are places in Texas I don’t take Chris because I fear for his life,” Garsee says.

Garsee doesn’t want Kaylee to live with that kind of fear. She reminds her daughter every day that it’s OK to be different, even if the kids at school don’t want to play.

“I tell her she’s beautiful the way she is. But sometimes, I have no words. If it was me, I wouldn’t know how to deal with that,” she says.

She’s hoping to have more children with Chris so they can give Kaylee some siblings whom she can relate to.

“I think having siblings that are just like you, people who share the same experiences and look like you, I think that makes it a bit easier,” Garsee says.

“Especially for the days when Kaylee feels so different — like an outcast.”

When you feel unwelcome

Growing up in a small Eskimo village in Alaska, Daniel Martinez-Vlasoff spent his childhood living off the land, hunting for seal meat and gathering wild berries. He did what all the other indigenous kids in his village would do, except he didn’t look like any of them.

He stood out with his pale skin and green eyes, a blend of his parents’ ethnic backgrounds, with his mother being Spanish and his father being Alutiiq, an indigenous Eskimo group from the southern coast of Alaska.

“People always pointed out that I looked different, and it made me feel awkward,” the 33-year-old IT administrator says.

His wife Natalie, an engineer, has a similar story of growing up in a mixed household. Being African-American, Mexican and Hawaiian, she felt like an outsider throughout much of her teenage years.

“I felt really lonely, even through college. People tended to hang out with their own race,” she says.

The CNN/KFF poll shows that 68% of white Americans between 18 and 34 years old say the people they socialize with are all or mostly all the same race as them. Among Hispanics, its 37%, and among blacks, 36%.

Natalie and her husband are raising their four children in Los Angeles, and they say they still experience prejudice when they have family outings.

People tend to come up to them and try to guess their race, she says.

You guys must be Filipino?

Strangers also tend to ignore Natalie and Daniel Martinez-Vlasoff when they try to explain their ethnic background, she says. The couple say they rarely see mixed families in their community, which is majority Hispanic.

“We tried to go to community events and we felt like we weren’t really welcomed,” Natalie Martinez-Vlasoff says.

She remembers trying to sign her children up for a few classes at a recreation center in Los Angeles and one of the administrators telling her she couldn’t. She thought at the time it was because her family was mixed.

“We’re in an area where it feels like [there’s] a history of families who don’t date outside their own race,” Natalie says.

She doesn’t believe mixed and biracial families are as prevalent as people think they are.

“I think it’s traditional that people marry within their own culture and race. Outside our peers, I don’t see families like us,” she says.

Daniel Martinez-Vlasoff says he thinks families are starting to change and become more diverse, but it’s happening slowly. For now, the pair are thinking about where to begin when it comes to the race issue with their little kids.

“We haven’t addressed the racism they will face. We haven’t talked about it even. But we’re starting,” Natalie Martinez-Vlasoff says.

I wonder how he even got all the way up here?

She reminds herself that those comments aren’t always malicious, because her husband, Eric, is from Cameroon and they live in Keewatin, Minnesota, a town with about a thousand people.

But it makes her feel like even in this small town, Eric Njimegni looks different.

In 2010, there were about five black people in Keewatin, according to the U.S. Census.

The couple has been together since 2012, when Kristin Njimegni was teaching in Moscow. The interracial pair endured jeers and insults from some Russians while they were taking the train or simply going shopping, Kristin Njimegni says. It became a daily occurrence.

When they came back to America and settled in Minnesota they didn’t feel the same racial tension they felt while abroad, the schoolteacher says.

Njimegni is optimistic people are becoming more open to diversity and mixed-race marriages with the changes she’s seeing in the way television shows are casting actors and in cereal advertisements.

“Even in this tiny town of a thousand I’ve seen interracial couples,” the 28-year-old says.

Although she still believes racism is a big problem in America, she’s hopeful for the future. She and Eric are trying to have their first child now.

“Our race doesn’t define our relationship, but it’s a huge part of it,” she says. “I want to have a family where you don’t label anything.”

The CNN/Kaiser Family Foundation poll was conducted August 25-October 3, 2015, among a random national sample of 1,951 adults, including 501 black and 500 Hispanic respondents. Results for all groups have been adjusted to reflect their actual national distribution. Interviews were conducted on conventional telephones and cellphones, in English and Spanish, by SSRS of Media, Pennsylvania. This poll was jointly developed and analyzed by CNN and staff at the Kaiser Family Foundation. Results for the full sample have a margin of sampling error of plus or minus 3 percentage points; for results based on African-Americans or Hispanics, it is plus or minus 6 percentage points.