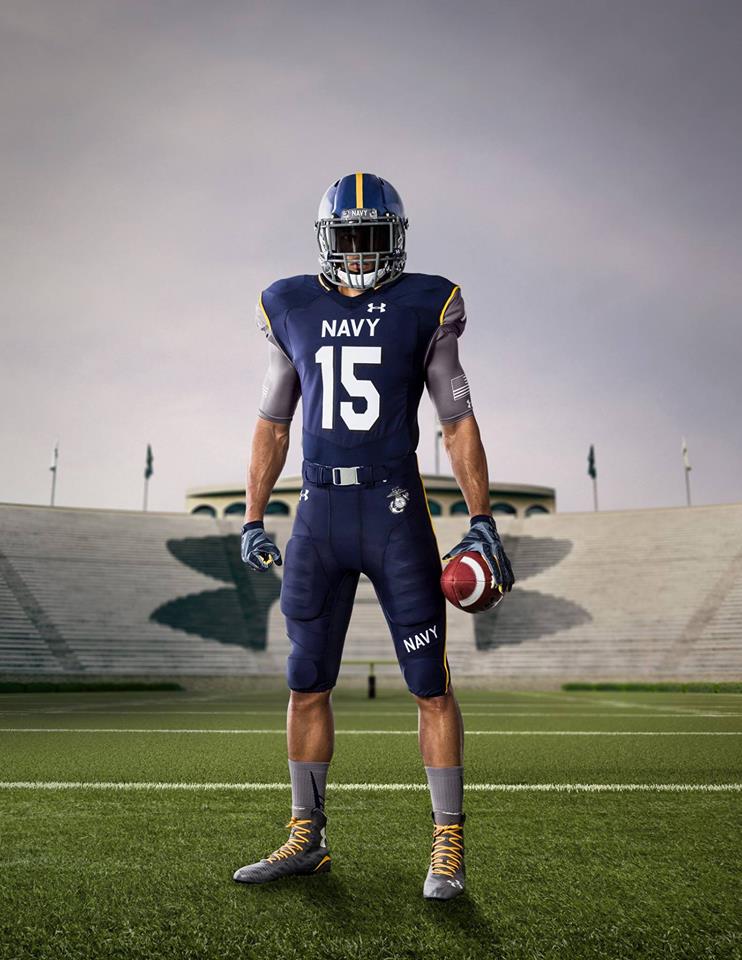 The United States Naval Academy has revealed the uniforms that the midshipmen will wear during the December 12th football game against the United States Military Academy.

The game is one of the biggest rivalry games in college football and has been played annually since 1930.

Each position is assigned a different ship.

The uniform’s baselayer will feature an overhead sketch of the seven ships featured on the helmets.

“Damn the Torpedoes!” is written on the gloves, pants and jersey as a reminder of the battle cry that rallies the fleet.