The future USS Zumwalt (DDG 1000) headed down the Kennebec River in Maine Monday to conduct at-sea tests and trials for the first time.

At 610 feet long and 81 feet wide, the first of the DDG-1000 class of destroyers is longer and thinner than the battleship USS Arizona sunk at Pearl Harbor. However it weighs about half as much.

The canopy and the rest of the ship is built on angles that help make it 50 times harder to spot on radar than an ordinary destroyer.

The wave-piercing Tumblehome ship design has provided a wide array of advancements. The composite superstructure significantly reduces cross section and acoustic output making the ship harder to detect by enemies at sea. The design also allows for optimal manning with a standard crew size of 158 sailors (including air det) thereby decreasing lifecycle operations and support costs.

DDG 1000 will employ active and passive sensors and a Multi-Function Radar (MFR) capable of conducting area air surveillance, including over-land, throughout the extremely difficult and cluttered sea-land interface.

The Navy had planned to spend up to $9 billion in research and development on the DDG-1000 program and up to $20 billion to design and deliver seven ships. But cost overruns cut production to three ships.

When it begins missions, the Zumwalt will be the largest stealthy ship in the Navy. 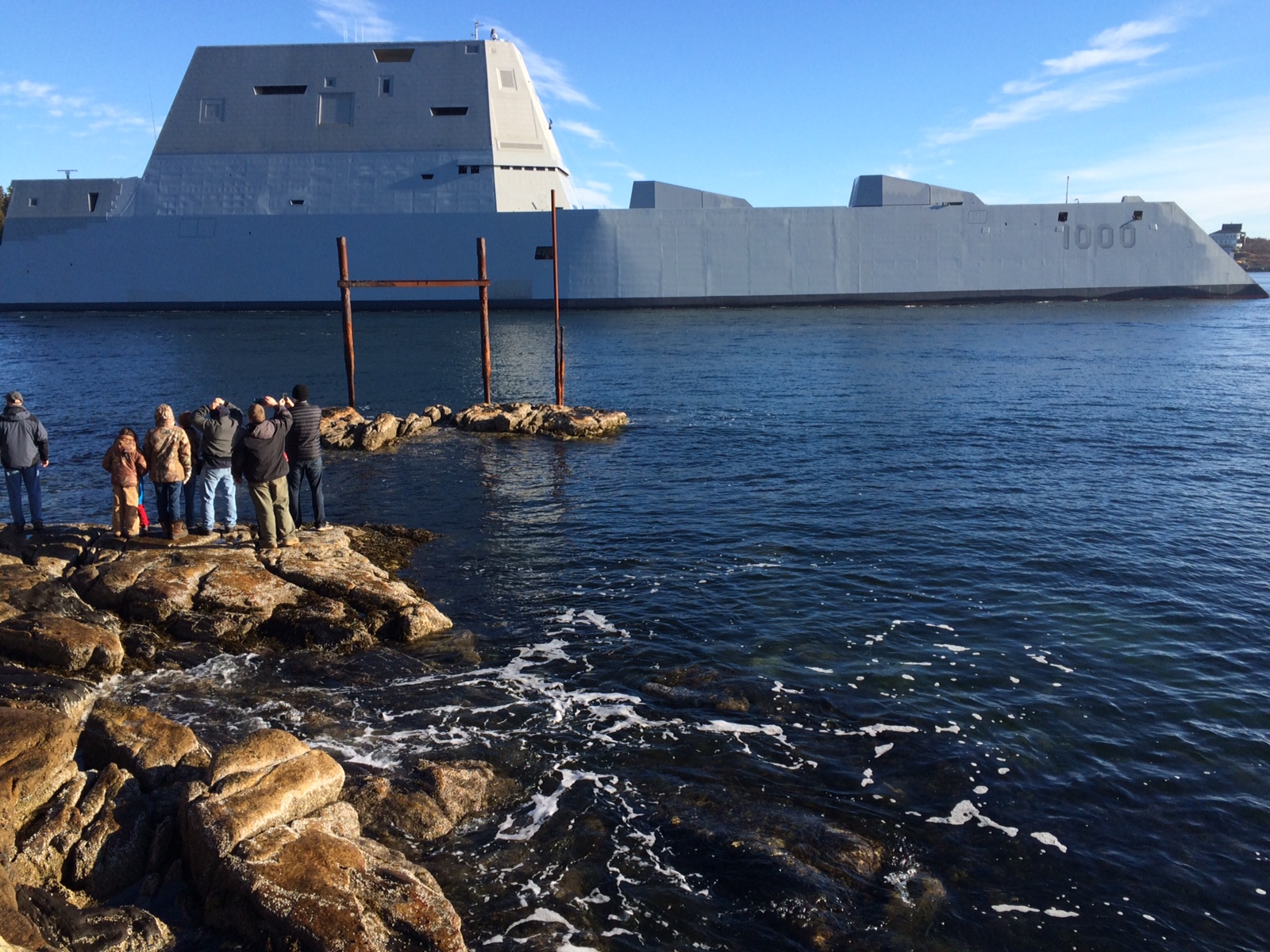