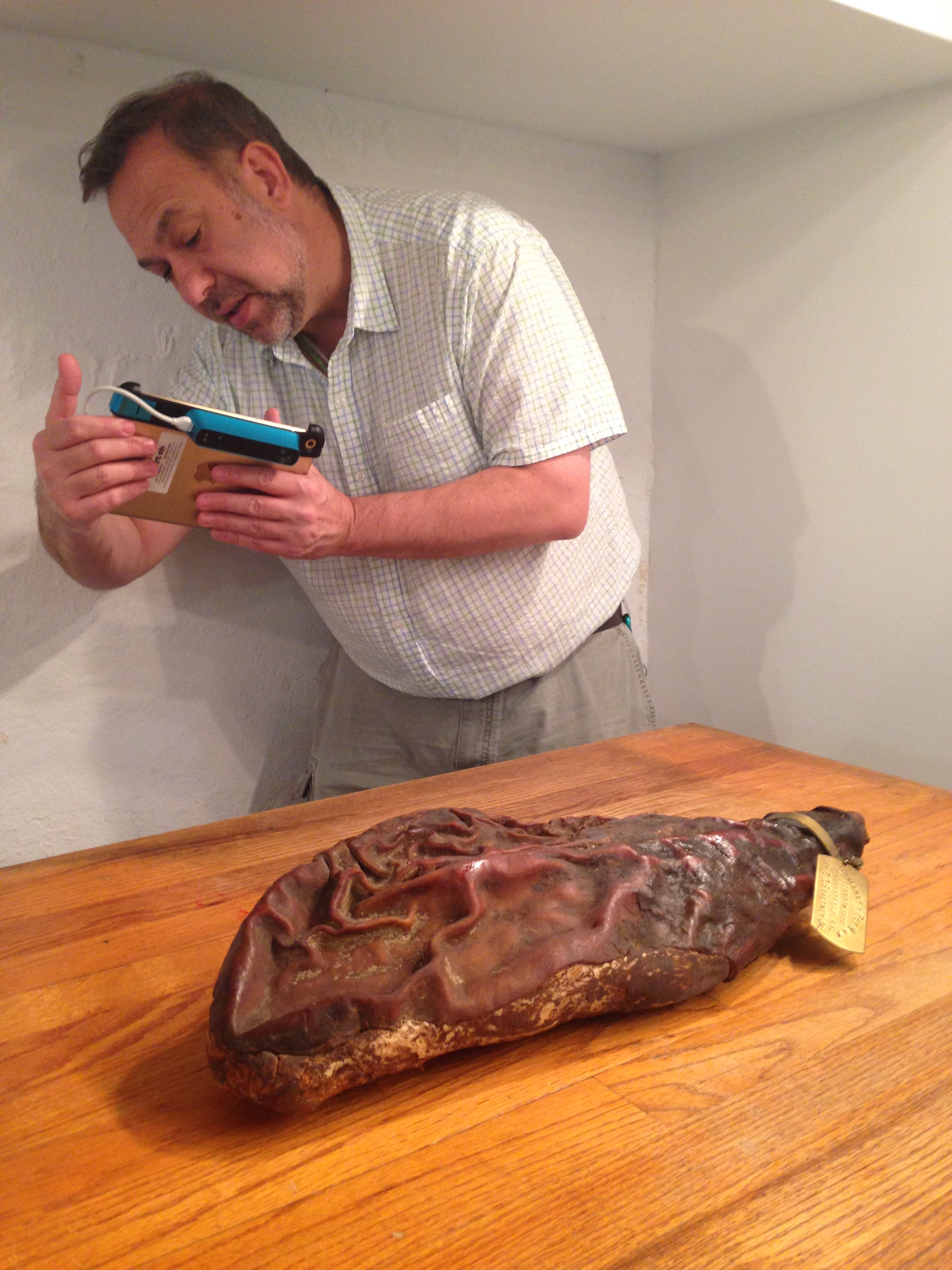 Isle of Wight County, Va. – The world’s oldest ham and peanut moved into the 21st century on Thursday with some 3D scans.

Dr. Bernard Means, director of the Virtual Curation Laboratory at Virginia Commonwealth University, performed the scans on the pair.

According to the museum’s website, in 1902 P.D. Gwaltney Jr.’s famous ham was overlooked and hung from a rafter in one of his packing houses for 20 years.

By 1924, the pet ham was kept in an iron safe which was opened daily for guests to view. Advertised as the world’s oldest Smithfield ham, Gwaltney fashioned a brass collar for the ham and took it to shows and expos to exhibit the preservative powers of his smoking method. The ham was featured in Ripley’s “Believe It Or Not” in 1929, 1932 and 2003.

The 113-year-old ham and it’s peanut neighbor can be seen on display at the museum from 10am-4 pm Monday through Saturday and noon-4 pm on Sunday.