Star Wars fans are a fanatical bunch, and when they’ve got the money to support their deep love for the series, crazy things can happen.

Take NIGO (real name Tomoaki Nagao), the Japanese designer behind luxury clothing brands Billionaire Boys Club and A Bathing Ape. The Star Wars mega-fan is not short of a few dollars, and a fair few of them have been ploughed into his memorabilia collection.

On Friday he put up for sale a small fraction of it at Sotheby’s New York in an auction dubbed “Return of the NIGO.” Everything from lightsabers to cookie jars went under the hammer, and the 600 items went for a cool $505,202. Not bad for a bunch of retro — and in some cases faulty — toys.

The surprise top-selling item was a pristine multipack of seven figurines from “The Empire Strikes Back,” sold exclusively in the Sears supermarket chain in Canada.

Another of the big sellers was a glorified cardboard box. A 1977 store display from an ‘Early Bird Certificate Package’ went for $20,000. The reason: there are only five in existence.

Rules of the game

In the toy market, niche is key. Faulty and niche is even better. Recalled items increase their rarity, and that’s where the big money is. 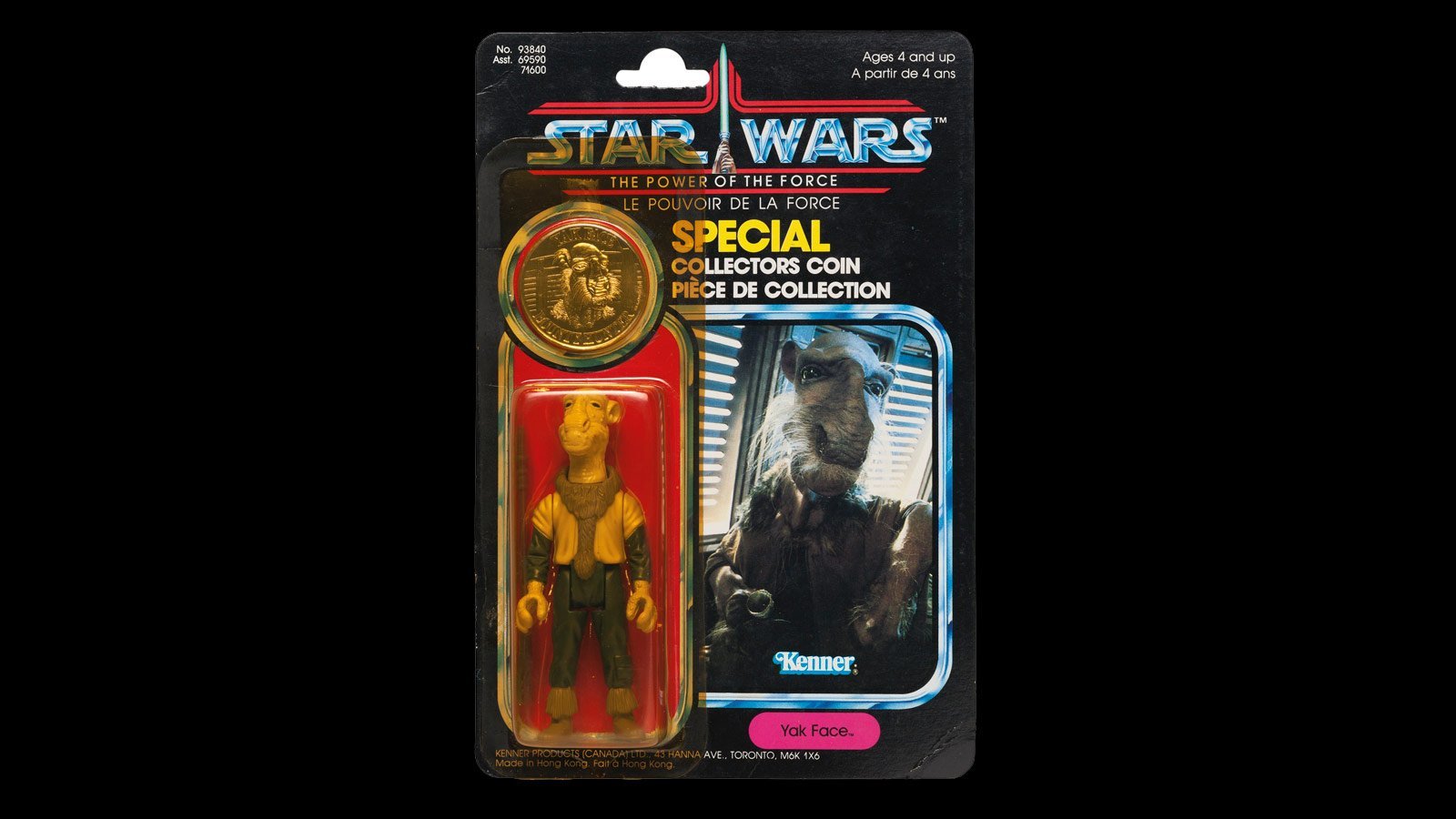 A Luke Skywalker with a double-telescoping lightsaber was sold for $25,000 because it wasn’t up to scratch. Manufacturers Kenner soon realized that the delicate lightsaber was prone to snapping off, and soon halted production. Now the one sold in New York is one of only 20 examples left in the world.

At the other end of the spectrum is Yak Face. Who? Exactly. If Luke was the star of the original trilogy, Yak Face was barely a walk on extra. The creature from Jabba’s barge in “Return of the Jedi” was a blink-and-you’ll-miss-it addition in the vast Star Wars universe, and because of that a Power of the Force edition figurine went for $7,250.

There were also some sentimental dollars to be had. An Anakin Skywalker figurine also from “Return of the Jedi” was sold for $3,000, and it’s easy to see why. The elderly Anakin, spectral and dressed in Jedi robes, was expunged by Lucas in the Blu Ray edition of the film, replaced the younger and much-maligned Hayden Christensen from the prequels, much to the chagrin of fans. The implication therefore was that Anakin no longer died as a Jedi, completely altering the redemptive narrative Lucas had spent three films setting up.

The key to the value of all the lots was their pristine unopened condition. And if you can think of nothing sadder than unopened toys, remember: the look but don’t touch approach will pay off eventually.