String of vehicle larcenies under investigation in Virginia Beach

Mike Williams is one of several people who had their car windows smashed in overnight at the Vantage Point apartment complex.

“Windows shattered. Glass everywhere all in the vehicle. Whole back seat. Stuff in the console was thrown on the seat,” Williams said.

Police are still trying to figure out if all the damage is connected.

“Nothing bad really happens here. Until last night. It makes me wonder but there`s nothing we can really do about it. Except get your windows fixed,” Leslie Wheeler said

Anthony and Leslie Wheeler's truck and SUV were hit too, but whoever did it only took a dollar from inside.

“Her spare keys were sitting on the floor board of my passenger side and my spare were inside my truck door,” Anthony Wheeler said.

“You could have had two high quality vehicles and you took a dollar,” Leslie Wheeler said.

Also on Monday, two men were seen entering several vehicles in the 1200 block of Knights Bridge Lane. Both men, who appear to be white men in the mid-30s, were both wearing hooded jackets.

On Tuesday, seven larcenies were reported in the 2200 block of Vantage Point, in the Vantage Apartments complex.  Neighbors say eight cars were damaged -- most with their windows smashed. 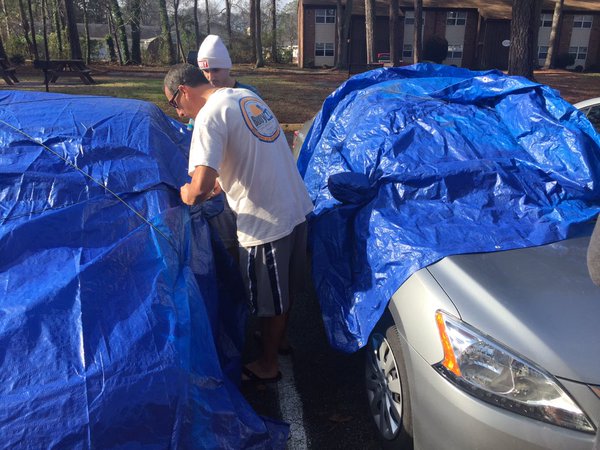 At this point, it is unknown if the incidents are connected.

Anyone with information that may help police is asked to call the Crime Line at 1-888-LOCK-U-UP.