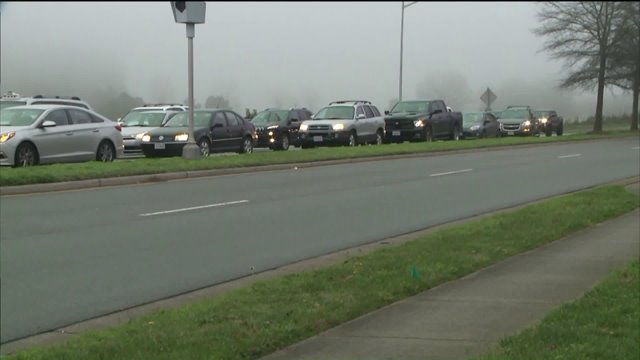 Virginia Beach, Va. - Police were on the scene of a possible road rage incident at the intersection of Dam Neck Road and London Bridge Boulevard.

Police say they were first called to the scene for a man pointing a weapon at another man lying on the ground.

Investigators say the drivers exchanged words and there were allegations of a verbal threat. One driver pulled in front of the other driver, stopping the vehicle. Both drivers got out of their cars and a gun was drawn.

Officials say the man was off-duty at the time of the incident.

Police say neither driver wants to pursue any charges.

Since the incident didn't happen in front of an officer, information was provided to both parties, allowing them the option of obtaining warrants.