Skywriters have message for Trump at Rose Parade

Skywriters stole the show at the 127th Rose Parade in California on Friday, dashing out a message for Donald Trump just as the last float left the gate.

“America is great. Trump is disgusting,” were the words dotted clearly across the sky on what appeared to be a mostly cloudless morning.

Sportswriter Molly Knight also caught this image, of the words, “Anybody but Trump.” 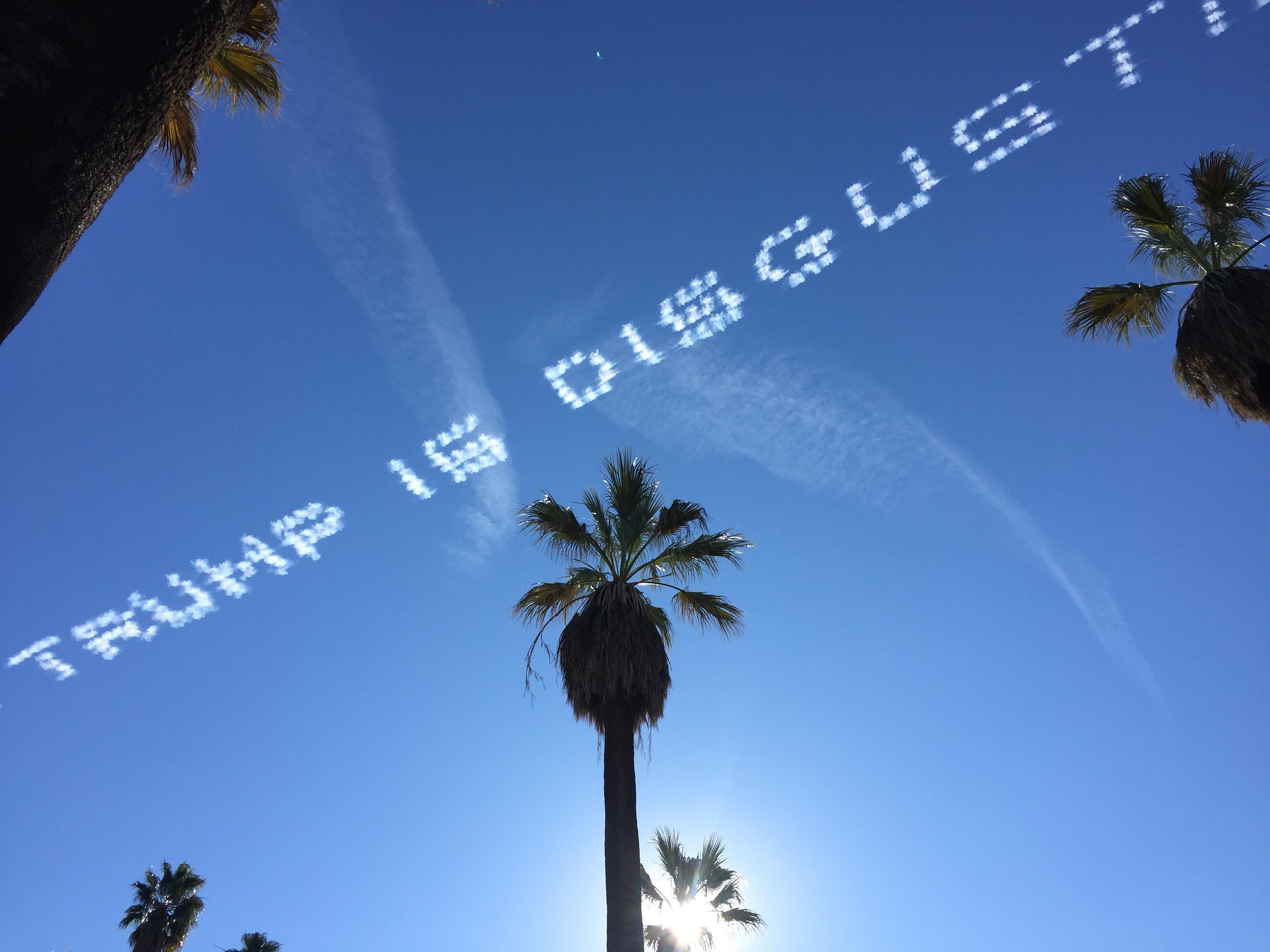 The scene is causing a minor craze on social media and along the Rose Parade’s 5.5 mile route.

Later on Friday, Iowa — a team from the first caucus state — will play Stanford in the 102nd Rose Bowl game.