Archaeologists believe they have discovered the best-preserved Bronze Age village ever found in Britain — and it even includes what are likely 3,000-year-old footprints.

Thought to be home to several families, the settlement in eastern England consisted of large wooden roundhouses built on stilts above water.

When they caught fire, archeologists say, the dwellings collapsed and plunged into the river. The mud and water preserved the structures and even filled in some residents’ footprints, transforming the site into an extraordinary time capsule.

It contains items that normally would have been decomposed by now, such as textiles made from plant fibers, as well as bowls and jars with traces of food in them. The Bronze Age began in different regions of the world at different times, and that period in what is now Britain dates to about 2000 B.C.

The team also found timbers with tool marks, well-preserved charred roof timbers and the remnant of a wooden fence once surrounding the village.

The wider area is known for its prehistoric finds, including a sword and rapier, which were unearthed in 1969, and the discovery of nine wooden boats in 2011. 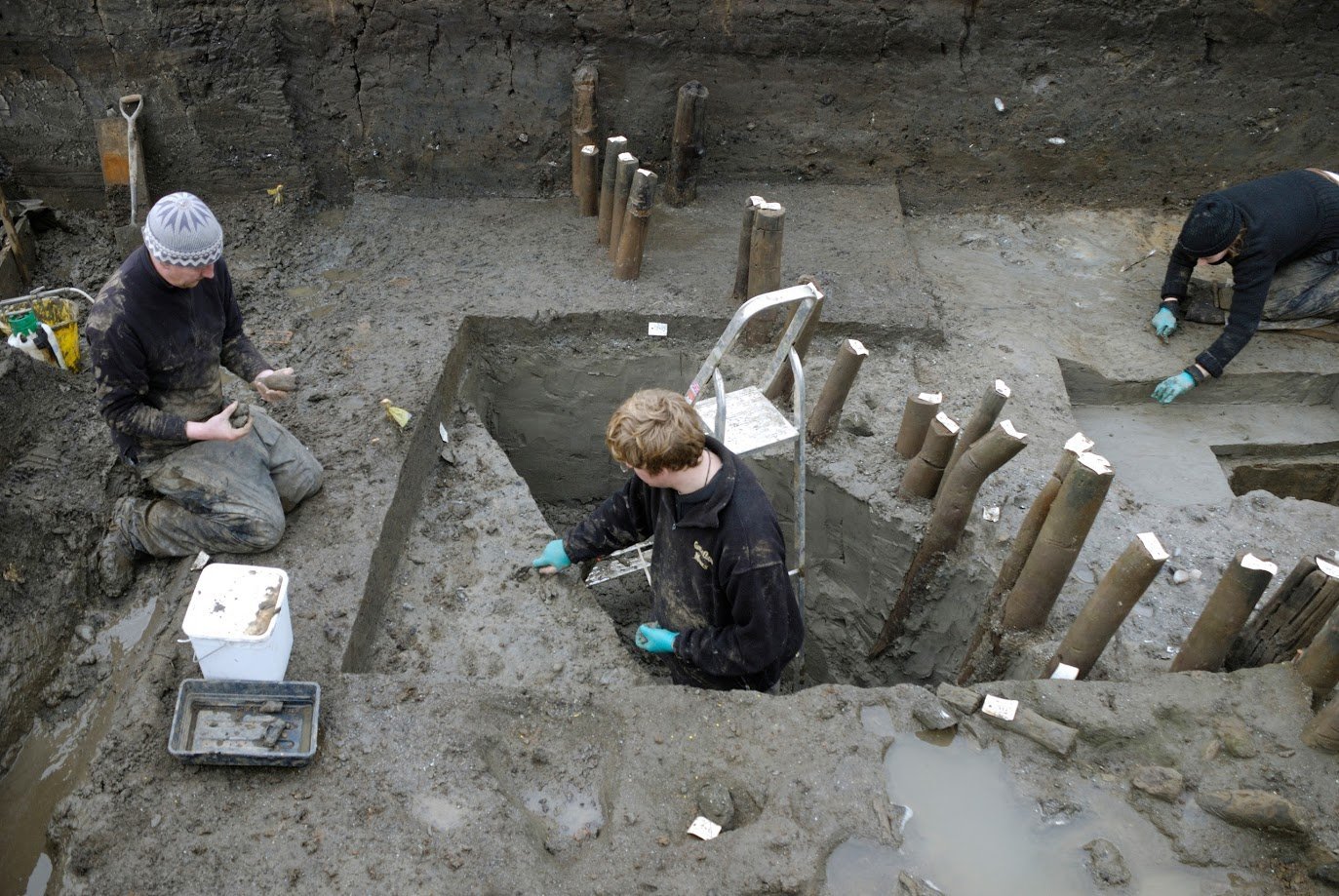 “This is the best project I’ll ever work on in my life,” David Gibson, archaeological manager at the Cambridge Archaeological Unit, told CNN. “We understood that this was a special site when we started finding pieces of woods, then more material came.”

Usually, he said, sites from this period are “drier,” offering few interesting elements.

“So much more has been preserved that we can actually see everyday life during the Bronze Age” in its entirety, Gibson said, adding that the finds were unsurpassed “both in terms of range and quantity.”

Mark Knight, site director of the excavation at Must Farm quarry, said the site “is not a one-off, but in fact presents a template of an undiscovered community that thrived 3,000 years ago.”