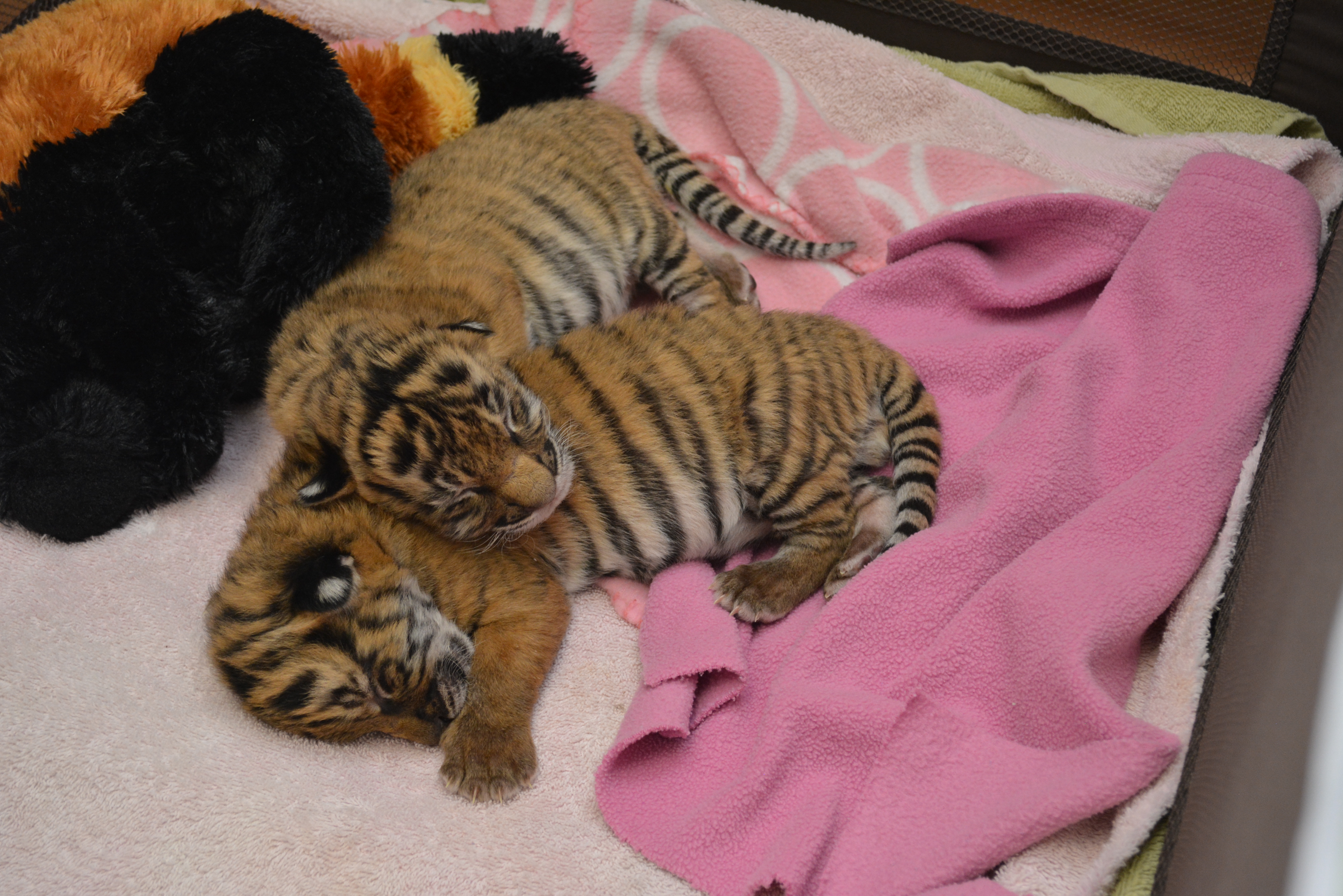 Norfolk, Va. – Two endangered Malayan tiger cubs were born at the Virginia Zoo on January 6th. The zoo made the announcement on January 15th.

The two male cubs were bred from the Zoo’s current tigers — female, Api and male, Christopher. They joined the Virginia Zoo in 2013.

After the cubs were born, animal care and veterinary staff at the Zoo were not comfortable with the level of care that Api was giving her cubs, so the decision was made to remove the cubs from Api and hand-rear them.

The first cub weighed 1.6 pounds and the second weighed 2 pounds. They have yet to be named.

The cubs are being fed six times each day and are both active and thriving under the Zoo’s care.

The Zoo says tigers are born blind and helpless and are typically nursed by their mother for about two months before being introduced to a meat diet.

Now the public can view the tigers at 2 p.m.

The two are now very playful and they are running and jumping, like normal cubs.

The viewings can last 30 minutes up to an hour. The Zoo’s veterinary and animal care staff decides the length based on the cub’s activity and audience.