The most bizarre finds by TSA agents in 2015: A monster and a chihuahua

The Transportation Security Administration intercepted a record 2,653 guns in carry-on luggage during 2015. And more than 82% of those weapons were loaded.

The guns were found at security checkpoints in 236 airports around the country.

Aside from guns, TSA agents confiscated hundreds of other contraband items, including a meat slicer, grenades and even a stowaway chihuahua. Click the photo gallery below to see some of the most bizarre finds. 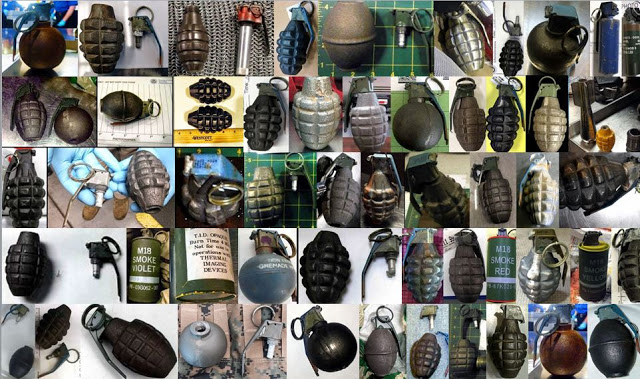 “The transport of firearms by commercial air in carry-on bags represents a threat to the safety and security of air travelers,” TSA said in a statement. “Through increased training in detection methods, our officers are becoming more adept at intercepting these prohibited items.”

Travelers who are found with guns can face criminal charges and penalties.

Firearms, firearm parts and ammunition are strictly prohibited in carry-on bags, but it’s not necessarily illegal to bring a gun on a plane. Travelers are allowed to put a weapon into a checked bag as long as it’s unloaded and they inform the airline.