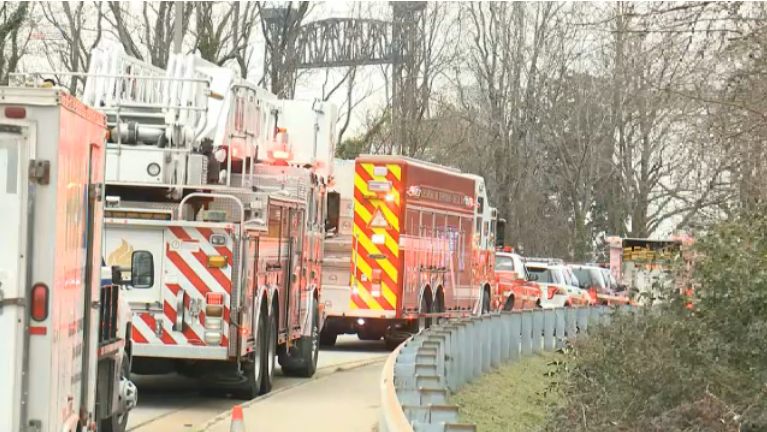 Chesapeake, Va. – Chesapeake Police and Chesapeake Fire Department crews responded to a hazmat situation in the 500 block of Hill Street on Friday morning.

The 1.1 – 1.2 million gallon tank was leaking from the top of the tank. It occurred when one tank was being drained into another tank.

No one was injured but the surrounding neighborhood of South Hill was evacuated as a precaution. The evacuation included approximately 70 single-family homes, according to Saunders.