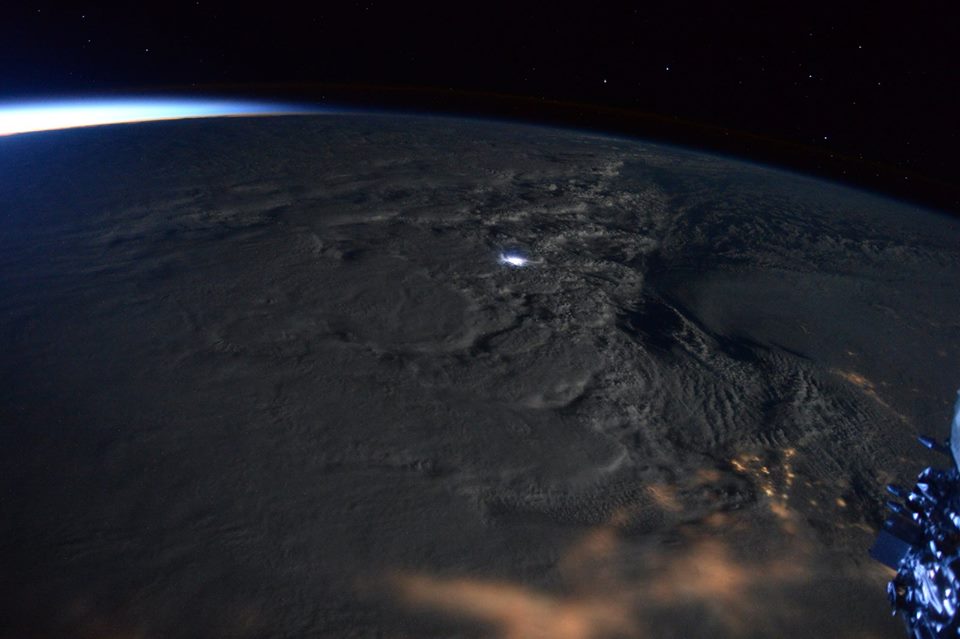 One of his photos shows the large storm system covering much of the East Coast with dull city lights illuminating just underneath the thick cloud cover.

Forecasts project that the worst of the storm has yet to come. Kelly pointed that out in one of his photos, showing the huge system moving from Chicago toward the east. “It clearly has a long way to go,” he writes.

NASA’s Suomi NPP satellite also documented the storm system, which stretched from New England to Florida. Much of the storm has moved toward the Northeast and brought blizzard conditions to cities such as Washington D.C. and Baltimore.

The storm also brought snowfall as far south as Georgia. Hundreds of people were stranded on icy highways Friday evening and Saturday morning in Kentucky, Pennsylvania and West Virginia.

Kelly is known for sharing stunning views from space. The astronaut is spending 342 days on the International Space Station. It is the longest stretch of time any U.S. astronaut has spent in space.

NASA is testing how long-duration spaceflights impact the human body for future travel to Mars and other deep space missions.