The 16th Annual Hampton Roads St. Jude Dream Home Giveaway is proudly sponsored by NewsChannel 3 and on Sunday several people walked away with some amazing prizes including Mary Margaret Overbey of Florida who won the new home!

Mary Margaret has been caring for her elderly mother in Florida but wanted to be closer to her daughter Coleen Southerland who lives in Chesapeake.  She purchased a Dream Home ticket while visiting Chesapeake recently.

While she wanted to move closer to family, she says a big reason she purchased the ticket is because a family friend has a child who is being treated at St. Jude.

She plans to move back to Chesapeake now that she won the home.

It's located in Hanbury Woods in the Great Bridge area. The house is 2,800 square feet, has five bedrooms, three and a half bathrooms and is valued at $550,000.

The great part is that the money goes toward helping children battle cancer. No family ever pays when they get treatment at St. Jude Children's Research Hospital and every ticket you buy helps keep the hospital running.

Edwin Coleman of Suffolk won dinner and a movie for a family of four for one year sponsored by Cinema Cafe.

Pamea Tuberson of Chesapeake won VIP Dance membership for one year sponsored by the Mambo Room. 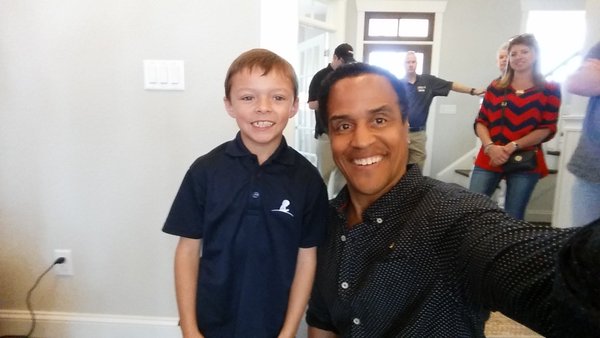