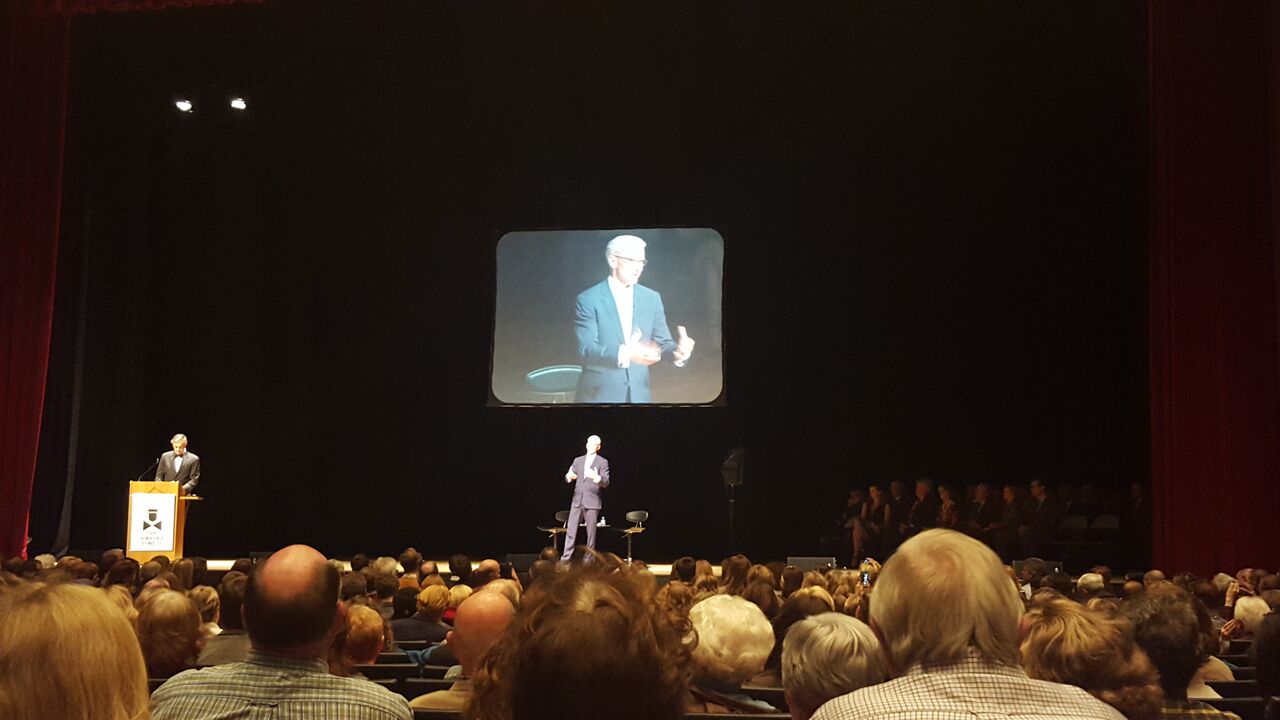 Norfolk, Va. – CNN’s Anderson Cooper paid a visit to Norfolk on Tuesday night to speak at The Norfolk Forum.

He greeted a packed house at Chrysler Hall where he spoke about his career; his relationship with his mother, Gloria Vanderbilt; his picky eating habits; and his love/hate relationship with comedian Kathy Griffin.

Cooper acknowledged Norfolk Police Officer Ryan McNiff and his wife, who received a standing ovation. K9 Officer Krijger who was killed in the line of duty was part of their family.

Officer R. McNiff & his wife receive a standing ovation at the Norfolk Forum for their loss of #K9Krijger pic.twitter.com/0q6doeafr8

Anderson Cooper was the first speaker in the Norfolk Forum’s 83-year history to donate their entire fee from the speaking engagement to a local charity.

Officers lined up outside Chrysler Hall to thank Cooper personally for the generous donation.