Chesapeake, Va. - Six family members were killed during a murder-suicide in the Deep Creek area of Chesapeake on Wednesday.

Police initially responded to a home in the 2300 block of Wildwood Road around 3:30 p.m. to check on the welfare of a person and found them dead inside.

The investigation then led officers to a nearby home at the intersection of North George Washington Highway and Wintergreen Drive.

At that home, officers found an armed man barricaded inside. Negotiations took place for several hours before officers finally entered the home and discovered five people dead, including the armed man.

The man has been identified as 26-year-old Cameron Dooley. Police have confirmed the identities of the five victims. 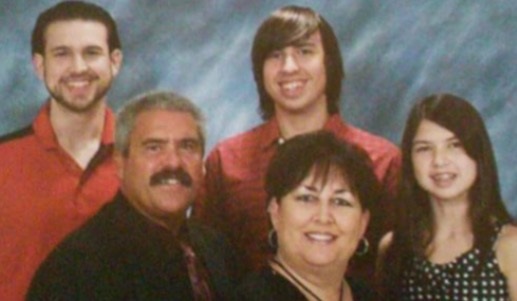 All six were found with gunshot wounds, police confirm.

Neighbors are shocked by the incident, saying the family was very active in the community.

"Deep Creek lost a great family, that's all there is to it. It's a great, great loss," says neighbor Kelly Ferguson.

Cindy Jones has known the family for many years.

"Shocked. Totally in shock," says Jones. "For a child to do this to parents, I was talking to my mom and you know you get mad at your parents, but to go so far as killing, I just don't understand it.

Cheryl Harris lives nearby and says she never saw something like this coming.

"He seemed to be a happy child growing up. The boys were always out riding their bikes, and your average family," says Harris.

"Losing someone in your class is really hard, especially someone you've known since first grade," says Taylor Scruggs, who knew the whole family.

She says she has spent much of her childhood with the Dooley family. She says the 17-year-old daughter, Brooke, was her best friend.

On Thursday, the community came out to Temple Baptist Church for a prayer vigil. Friends say the family was very active in the church.

More than one hundred people came out to the vigil. Attendees tell Newschannel 3 that there were many tears at the vigil, but most people focused on the type of people the Dooley's were instead of the tragic way they died.

The case remains under investigation by the Chesapeake Police Department.