Well, the words “typical” and “routine” are not what you hear at the NFL’s over-the-top “media day” during Super Bowl week. Not when you see NFL superstar Cam Newton freestyle rapping. Or when a reporter is dressed from head to toe in a skiing outfit.

Super Bowl week is here, and Monday was the first time the media and fans heard from the Denver Broncos and Carolina Panthers since both teams arrived in the Bay Area for Super Bowl 50, which is Sunday at Levi’s Stadium in Santa Clara, California.

Fans filed in to the SAP Center in San Jose, normally the home of the NHL’s San Jose Sharks, to watch members of the media ask questions to both teams. Tickets for the event — yes, fans paid for tickets — were sold out.

And, as always, the media day — or in this case, night — was full of characters, including the players themselves. 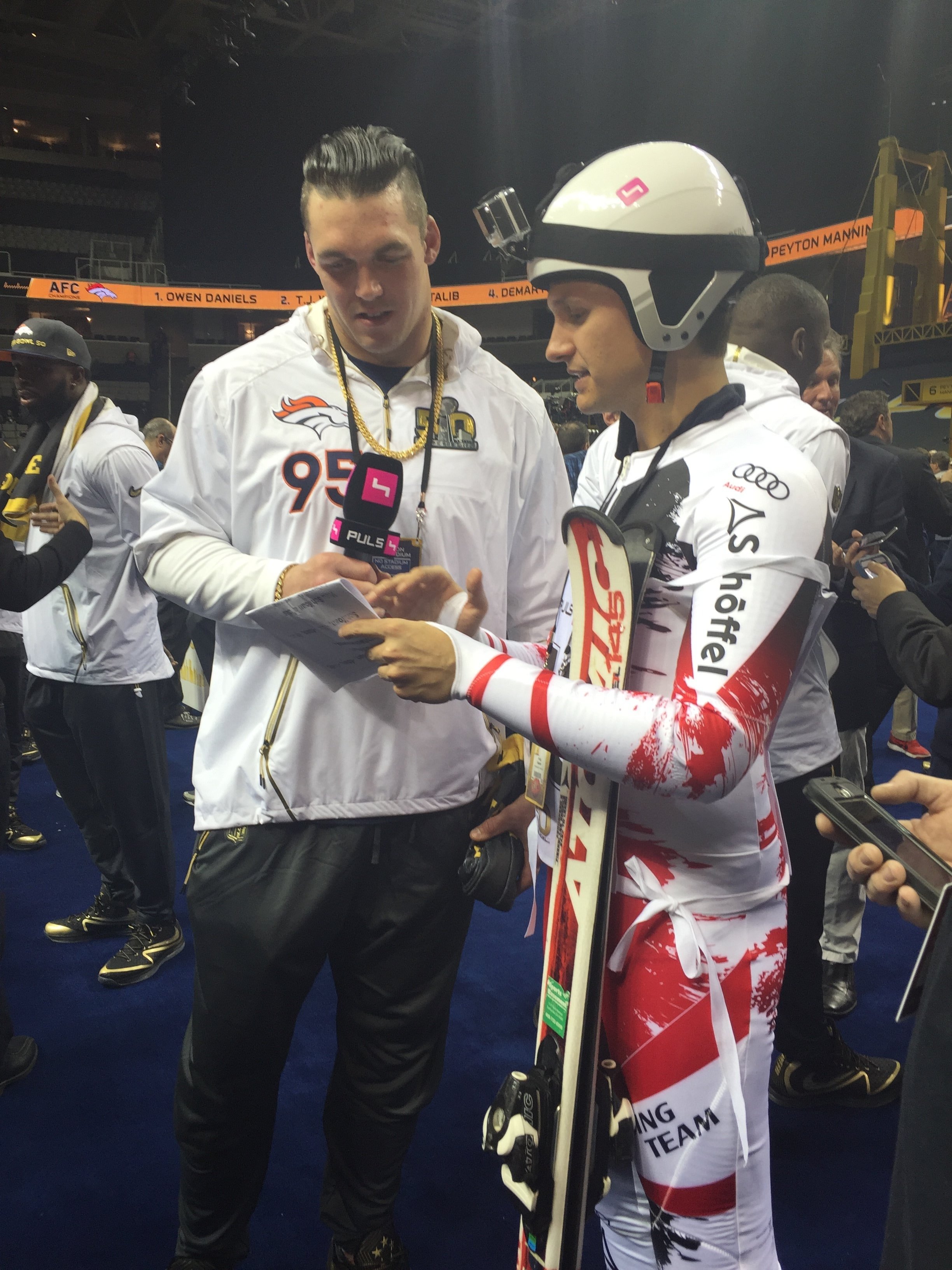 The evening had Newton rapping to the media while wearing a Gatorade towel as a bandana.

Lyrics included: “Chilling in the Super Bowl with a lot of media, man I hate talking to the media,” Newton rapped.

As for his style? Let’s just say he should stick to football.

“This is for my Spanish guys out there,” Norman said.

Asked about his experience at media day, Norman called it “surreal.”

“Man, it’s been awesome,” Norman said. “Seeing this right here and being actually in it — you know you see it on TV, but to actually be in it, that’s pretty cool.”

Members of the media are no strangers to some crazy antics as well. This is, after all, the same event in which a reporter in a wedding dress proposed to Tom Brady in 2008.

This year attendees included the likes of Philip Hajszan, an Austrian sportscaster wearing a skiing outfit, complete with skis and a video camera on his helmet. His reason for the wardrobe choice? He said he wanted to bring Austria’s favorite sport to the United States.

Super Bowl media days already were full of hype, but the NFL took it up a notch this year.

For starters, it’s not even officially called media day anymore. The NFL dubbed this year’s event “Super Bowl Opening Night.” It even had a sponsor: Opening Night was “fueled by Gatorade.”

This is also the first time the event aired in prime time, from 8 p.m.-11 p.m. ET on NFL Network. And much like NFL games and other NFL events like the NFL, this likely attracted high TV ratings.