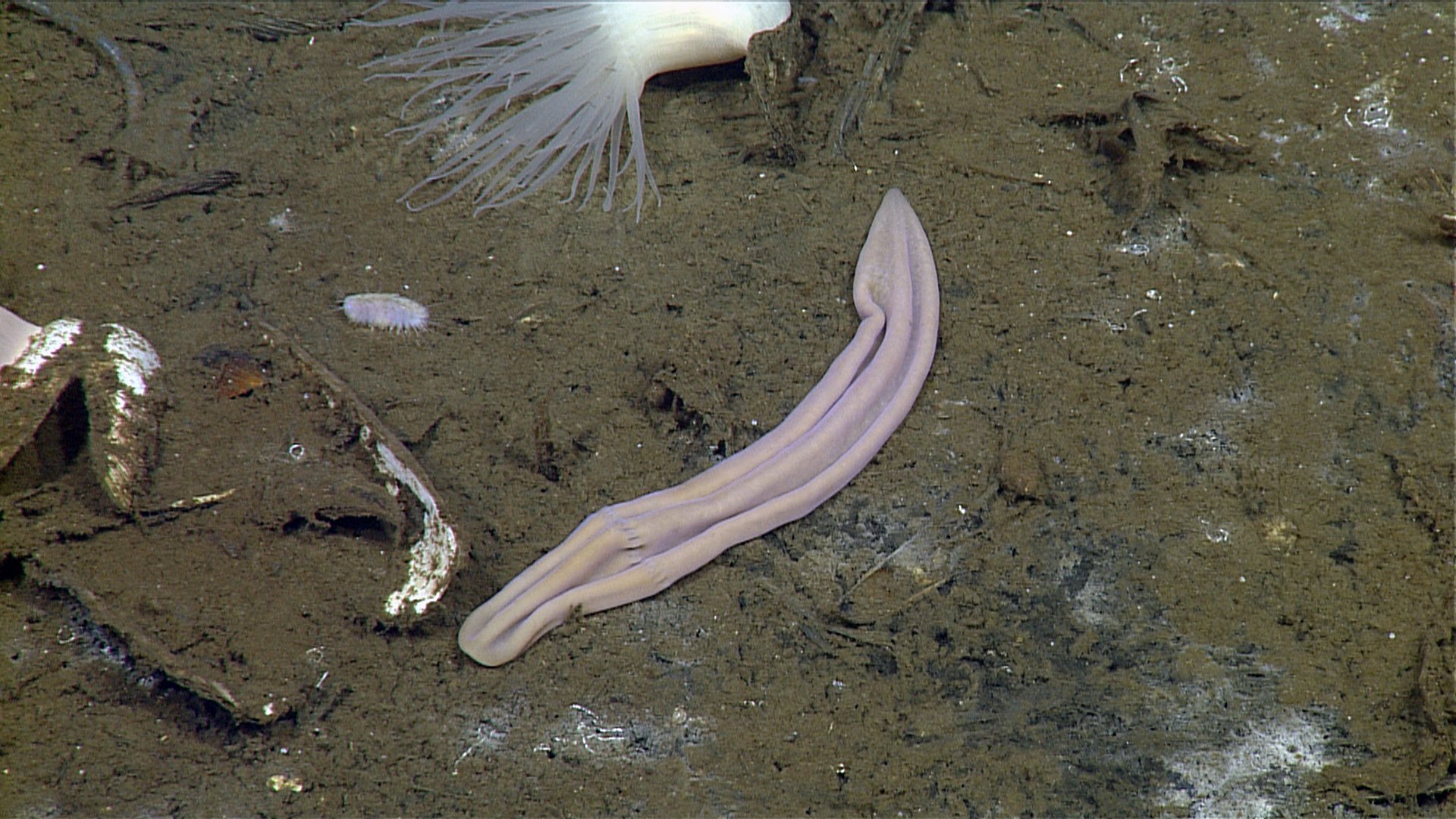 A new species of deep-sea creature that resembles a discarded purple sock has been identified as an early form of life in a discovery that will help scientists understand how animals have evolved over time.

The very simple creature, Xenoturbella, has no brain, gills, eyes, or reproductive organs, and only one opening through which food goes in and waste goes out. And although the animal was first described in 1949, its peculiar biology left scientists baffled for decades.

One of the lead authors of the study that finally identified it — published in the journal Nature — said previous research had led scientists to believe that the creatures had evolved from more complex organisms.

“What we’ve shown is that, no, they probably always were simple,” said Nerida Wilson, a research scientist with the Western Australian Museum. “So our little guys are simple because they are one of the early branches of the tree of life.”

The first specimen of the deep-sea flatworm was found in waters off Sweden 60 years ago. Early research using genetic tests mistakenly identified it as a mollusc and concluded that it had once been a complex creature that had evolved and become simple over time.

But the four new species of the creature identified in the study were found at the bottom of the Pacific Ocean 12 ago by Wilson and another of the lead researchers, Greg Rouse, a scientist with the Scripps Institution of Oceanography in the U.S.

Wilson said it had been a “serendipitous” chance discovery that came about while they were looking at whale carcasses on the floor of the north Pacific Ocean off California and Mexico using remotely operated vehicles (ROV).

She said they had quickly nicknamed it the “purple sock” because it was so difficult to describe the shape of the “really weird” creatures to people who hadn’t seen them.

“That’s kind of what they remind us of, they just look like when you throw your sock at the end of the day, next to the dirty clothes bin, kind of rumpled and flattened and not very special,” Wilson said.

Following that first chance find, it took a team of scientists a decade to collect more samples of the animal and use extensive genetic testing to understand what they are and understand their relationship to other creatures.

The new findings enabled the scientists to conclude that the animal had not started out as a complex creature, but had instead always been very evolutionary simple. It also helped them place it at the base of the family tree.

“The findings have implications for how we understand animal evolution,” Rouse said in a Scripps Institution of Oceanography media release. “By placing Xenoturbella properly in the tree of life we can better understand early animal evolution.”

“We’re always striving to understand how life evolves, it’s that classic burning question,” Wilson added. “We want to understand ourselves and our place in that diversity.”