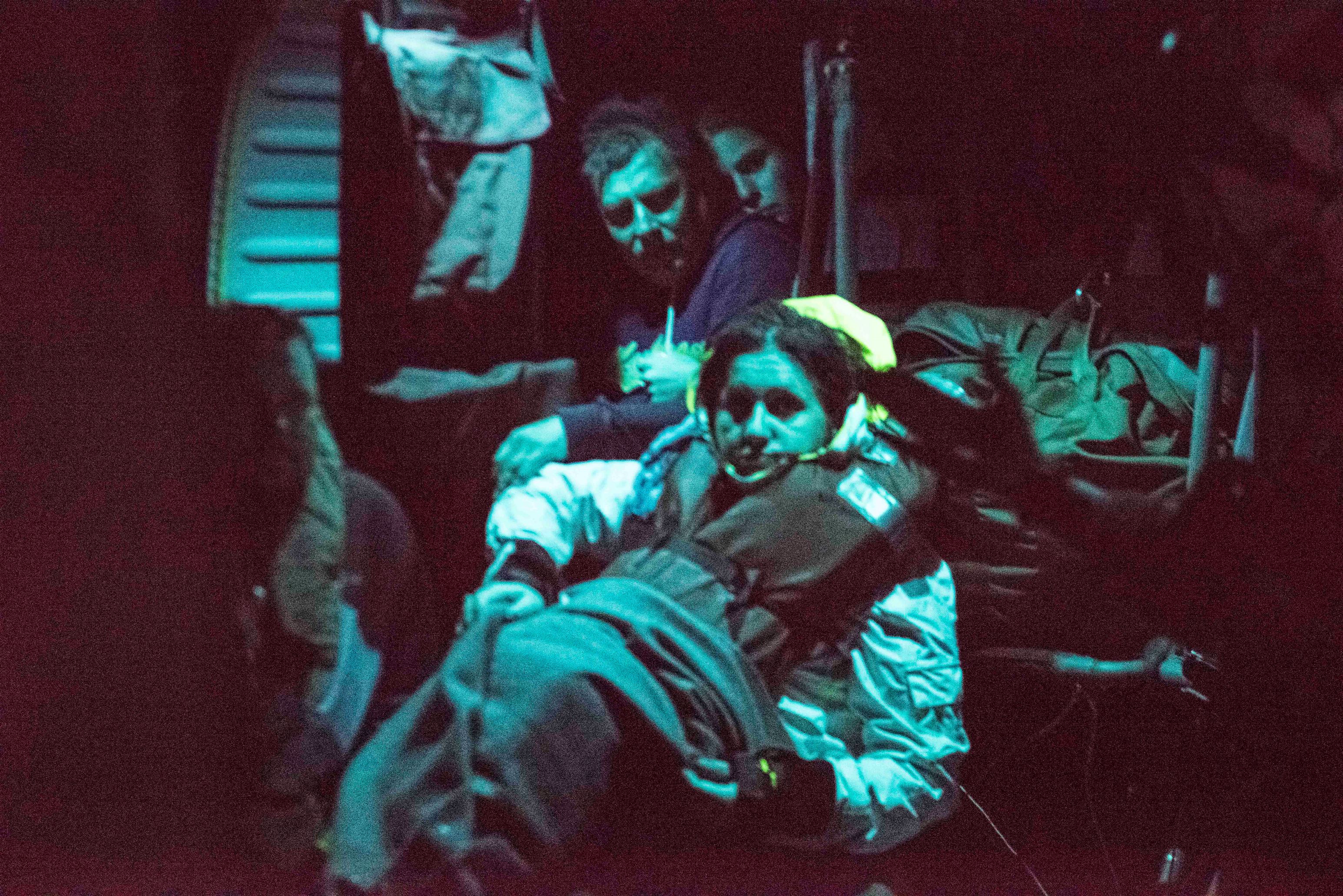 The Ike received a distress call via bridge-to-bridge communications from the U.S.-flagged sailing vessel (S/V) Selket at approximately 7 p.m. The vessel was located 40-miles from Miami, with reports of a broken mast and smoke in the engine room.

Due to the state of the sailing vessel and rough seas, Ike launched a helicopter from embarked Helicopter Sea Combat Squadron 9 (HSC-9)(Tridents) to rescue the crew of five.

The mariners were medically evaluated aboard Ike before being transferred to U.S. officials at U.S. Coast Guard Station Opa Locka.

Assisting mariners in distress is the responsibility of all vessels at sea, even warships.

“Responding to mariners in distress is an inherit obligation of the U.S. Navy; a duty we take very seriously,” said Capt. Paul Spedero Jr., Ike’s commanding officer. “I am glad that we were in the right place at the right time to rescue these mariners. I couldn’t be more proud of the professionalism and performance displayed by the Ike-Trident team.”