York County, Va. - Sheriff Danny Diggs made the decision to add the national motto "In God We Trust" to the front fenders of  York-Poquoson Sheriff’s Office patrol cars.

The decals cost $1,480 and no taxpayer money was used to purchase them--the Sheriff paid the cost with his own money.

Sheriff Diggs said, “Having ‘In God We Trust’ on our vehicles does not injure or threaten anyone.  It is not an attempt to urge anyone to support or convert to any one religion.  God has blessed me and the Sheriff’s Office.  This is one way of honoring God by acknowledging Him for His blessings upon us and it shows our patriotism by displaying our national motto.”

Sheriff Diggs doesn't believe many people will challenge his decision.

"Based on the experience of others who have done this, there will certainly be a very small minority that will criticize. If having ‘In God We Trust’ on a Sheriff’s vehicle offends people, then what about our money. We also have it on our national monuments and buildings like: the Jefferson Memorial, Library of Congress, and even the Supreme Court. “

Many laws and court rulings support the display of "In God We Trust," including five Virginia Acts of Assembly and a bill was passed by Congress by a vote of 396 to 9. 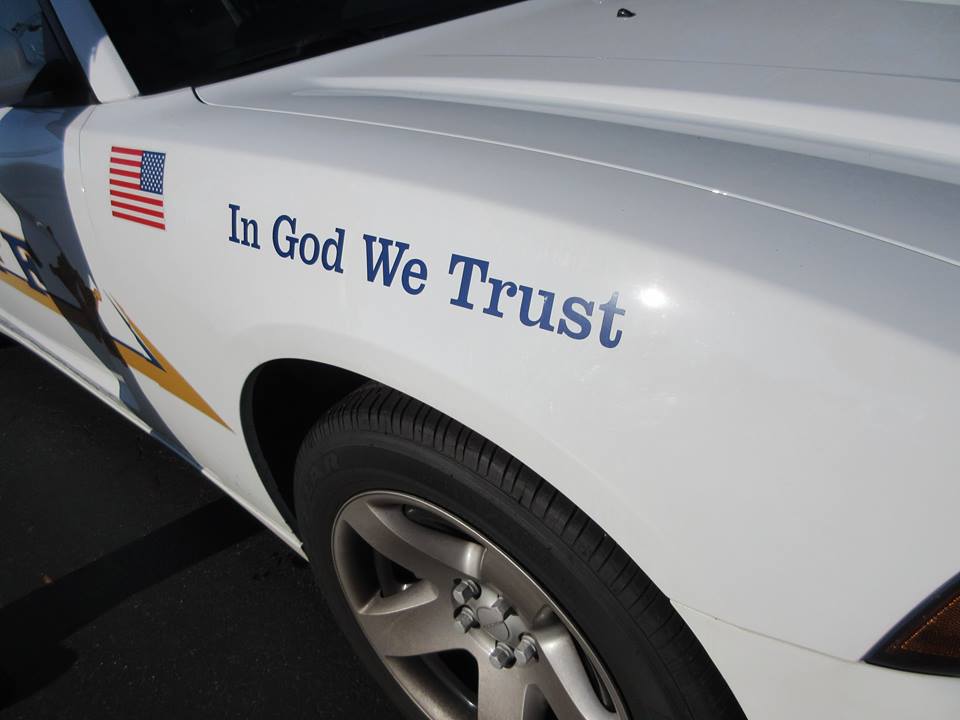