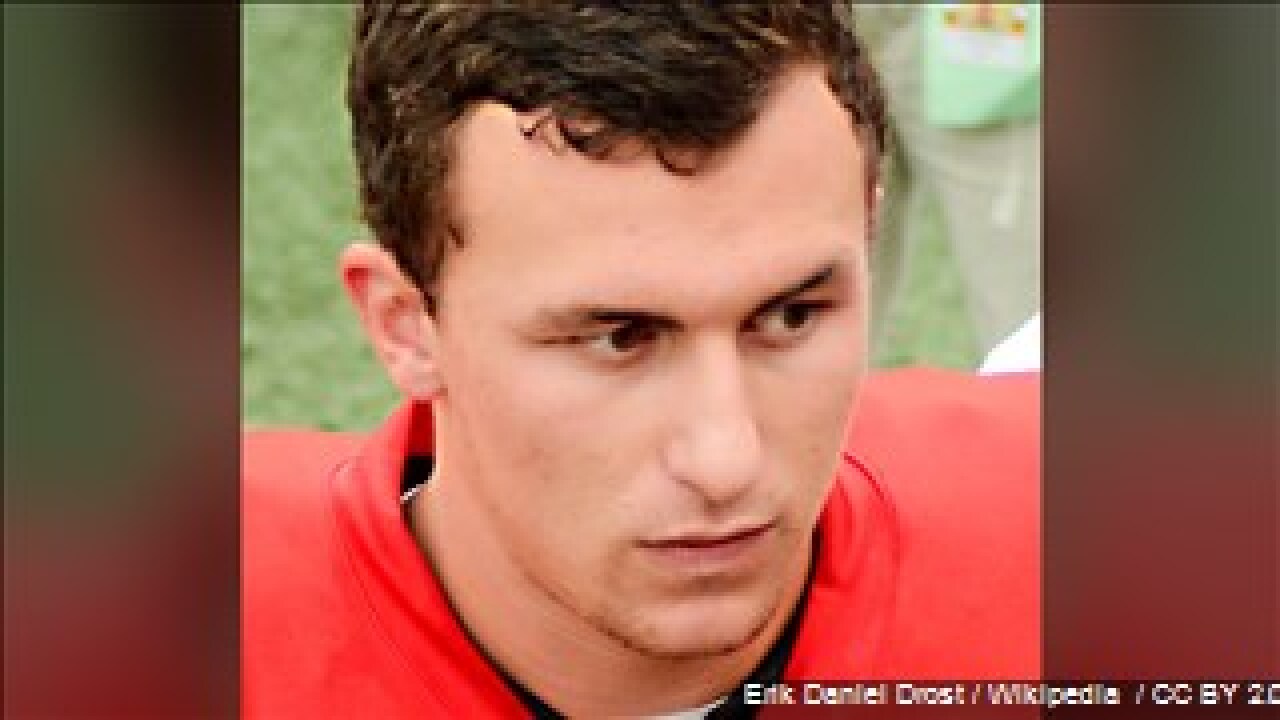 The former girlfriend of Johnny Manziel claims the NFL quarterback restrained, hit and threatened her during an alleged assault last month.

The allegations are detailed in an affidavit obtained from CNN affiliate KTVT on Monday. CNN did not independently authenticate the document.

In the affidavit, Colleen Crowley, 23, says she was with Manziel at an upscale hotel in Dallas early in the morning on January 30.

She claims he threw her on the bed and restrained her from leaving the room.

Still restrained, Crowley says Manziel led her to the hotel’s valet, where she cried: “Please don’t let him take me. I’m scared for my life.”

The valet didn’t know what to do and allowed the pair to leave, according to the affidavit.

Crowley and Manziel then drove to Crowley’s car. They both got in — against her will, Crowley says — but she jumped out and hid behind bushes.

“He grabbed me by my hair and threw me back into the car and got back in himself. He hit me with his open hand on my left ear for jumping out of the car. I realized immediately that I could not hear out of that ear, and I still cannot today, two days later,” the affidavit reads.

They then left Dallas for her apartment in Fort Worth. During the ride, Manziel allegedly threatened to kill both himself and her.

The fight continued at the apartment where Manziel allegedly smashed Crowley’s phone, and she pulled a knife out of her knife block and advanced toward him, according to the affidavit. He fled.

Attempts to reach Manziel for comment Monday were unsuccessful. He has not been charged. Attempts to contact Crowley’s attorney were also not successful Monday.

The alleged assault marks the latest time that the quarterback, a Heisman Trophy winner as a freshman at Texas A&M University and first-round draft pick with the Browns, has had a run-in with the law.

In a dashcam video, a police officer pulled up to Manziel and a woman — later identified as his then-girlfriend Crowley — parked along the side of a two-lane road, telling them about “numerous calls” about their speeding BMW. The woman claimed Manziel hit her several times to prevent her from getting out of the vehicle, while downplaying the incident.

Crowley later tweeted that “J & I are good” and thanked those who “stopped to check on us and call the police.”

No charges were filed. Still, the event heightened the spotlight on Manziel, who has been long accused of partying too much and squandering his talents in the process. He went to an alcohol- and drug-treatment center in Caron, Pennsylvania, in early 2015, soon after the end of his rookie NFL season.

Manziel also was arrested before his freshman season and eventually pleaded guilty to a misdemeanor charge of failing to properly identify himself to police. Counts of possessing a fake driver’s license and a charge of disorderly conduct by fighting were dismissed when a judge accepted Manziel’s guilty plea.

Last week, the Browns said: “We’ve been clear about expectations for our players on and off the field. Johnny’s continual involvement in incidents that run counter to those expectations undermines the hard work of his teammates and the reputation of our organization. His status with our team will be addressed when permitted by league rules.”

Many sports media outlets have reported the Browns plan to release Manziel in March.