Chesapeake, Va. - Fire crews were on the scene of an apartment fire at Poindexter Street and Jackson Avenue on Friday.

Chesapeake Fire Officials say the fire started in the attic of the apartment building. Two apartments were damaged--one by fire and one by the water crews used to put out the fire.

The Red Cross has been contacted to help the five people displaced.

Dispatch received the call at 9 p.m.

When crews arrived five minutes later, they saw heavy fire coming from the roof of the two-story apartment building. 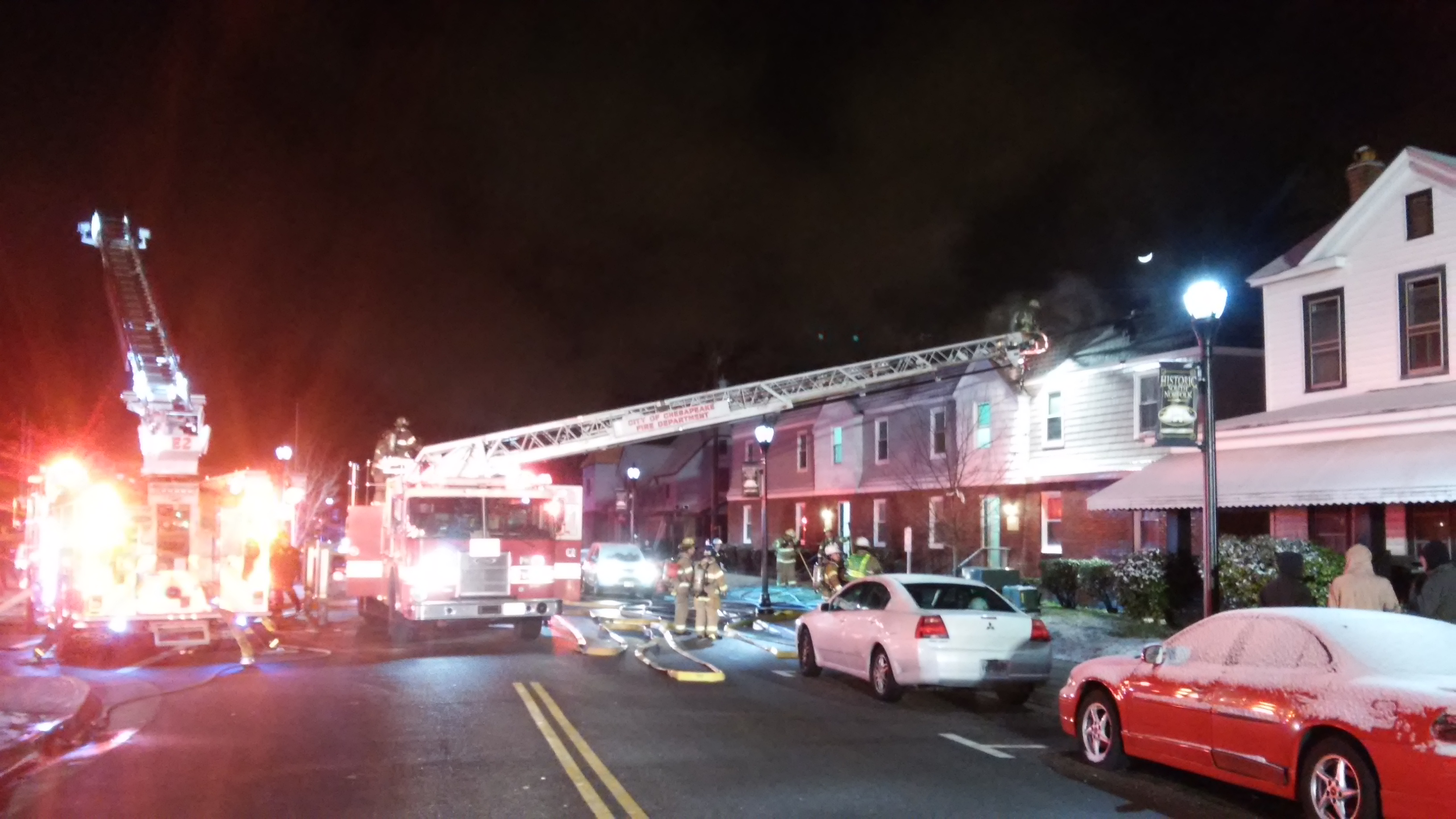 Check back with WTKR.com and NewsChannel 3 for updates.