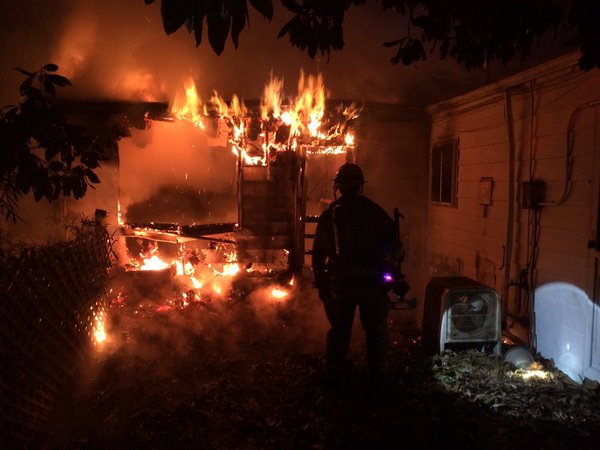 Virginia Beach, Va. – Two people were hospitalized and are in critical condition after an early morning fire in Virginia Beach.

Fire crew arrived in the 200 block of Victoria Drive around 4:40 a.m and found flames shooting from the rear of a home.

According to a spokesperson for the department, when they arrived on scene a woman standing outside told them that a man was still inside the home.

Firefighters went through a bedroom window and found the man unconscious but still breathing.

Firefighter were able to get him out of the home through the same window.

Both residents were taken to Sentara Norfolk General Hospital to be treated for burns and smoke inhalation.

Two dogs were also rescued from the home.

One died at the scene and the other were taken to a nearby veterinary clinic for treatment.

Check back with wtkr.com for more on this developing story.