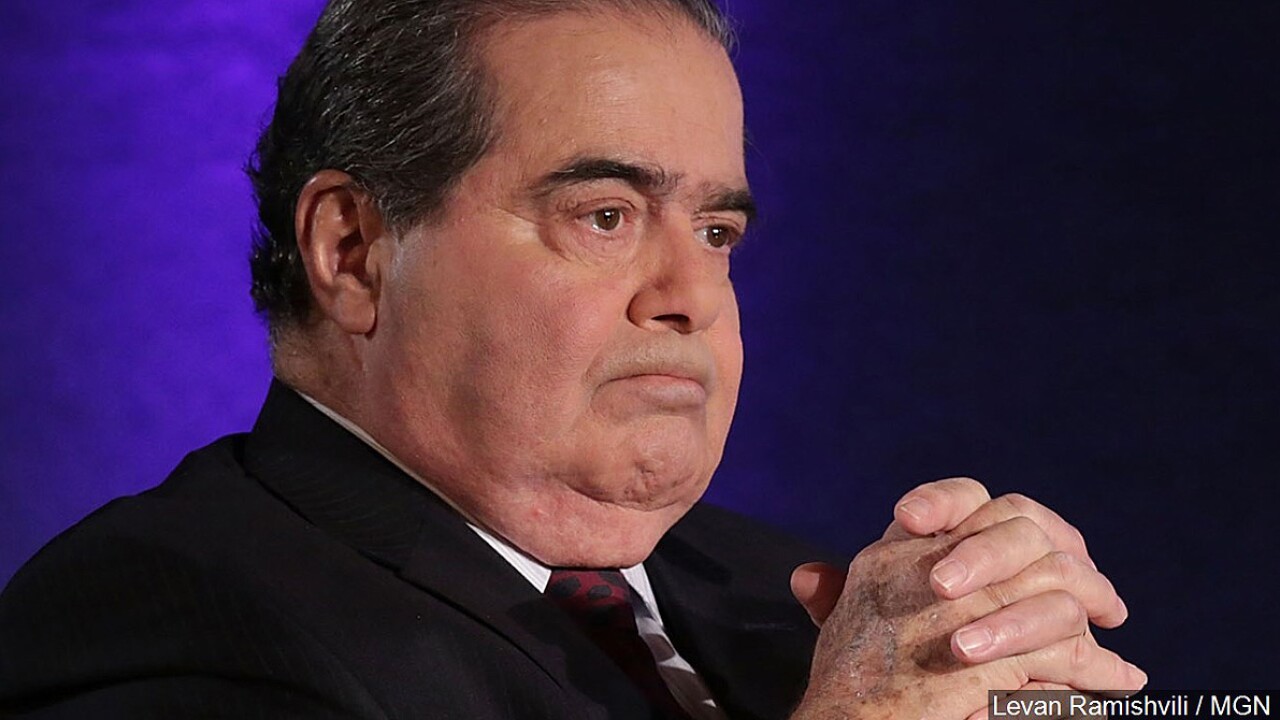 Editor’s note: David Axelrod is CNN’s senior political commentator and host of the podcast “The Axe Files.” He was senior adviser to President Barack Obama and chief strategist for the 2008 and 2012 Obama campaigns. The opinions expressed in this commentary are his.

When the shocking news of Justice Antonin Scalia’s passing hit Saturday night, my mind raced back to a White House Correspondents Association dinner seven years ago, when we were seated together.

We bantered about my hometown of Chicago, where he had taught law before ascending to the bench. He opined on wine and music and generally lived up to his reputation as a man who told and enjoyed a good story.

And then our conversation took an unexpected turn.

Regent Law Professor who studied under Scalia reflects on his passing

Justice David Souter, Scalia’s longtime colleague on the court, had just announced his retirement, creating a vacancy for President Obama to fill. Scalia figured that as senior adviser to the new president, I might have some influence on the decision — or at least enough to pass along a message.

“I have no illusions that your man will nominate someone who shares my orientation,” said Scalia, then in his 23rd year as the court’s leading and most provocative conservative voice. “But I hope he sends us someone smart.”

A little taken aback that he was engaging me on the subject, I searched for the right answer, and lamely offered one that signaled my slight discomfort with the topic. “I’m sure he will, Justice Scalia.”

He wasn’t done. Leaning forward, as if to share a confidential thought, he tried again.

“Let me put a finer point on it,” the justice said, in a lower, purposeful tone of voice, his eyes fixed on mine. “I hope he sends us Elena Kagan.”

I was surprised that a member of the court would so bluntly propose a nominee, and intrigued that it was Kagan, the former Harvard Law School dean who was appointed solicitor general by Obama to represent the government before the Supreme Court. Though she had worked on policy in the Clinton administration and had a reputation for pragmatism, Kagan plainly would be a liberal in the context of the court.

Later, I learned that Scalia and Kagan were friends, though I suspect she would have been as surprised as I was at the brazenness of Scalia’s suggestion.

Each was a graduate of Harvard Law School and had taught at the University of Chicago Law School, though in different eras. They were of different generations, he the son of an Italian immigrant, she a Jew from New York City’s left-leaning West Side. But they shared an intellectual rigor and a robust sense of humor. And if Scalia could not have a philosophical ally in the next court appointee, he had hoped, at least, for one with the heft to give him a good, honest fight.

Kagan didn’t get that nomination. The President instead chose Sonia Sotomayor, who would become the first Hispanic member of the Supreme Court.

But when another vacancy arose a year later with the retirement of Justice John Paul Stevens, Obama did nominate Kagan, whose friendship with Scalia would grow in the years to come, even as they differed, sometimes sharply, on issues before them.

During her confirmation meetings with senators, Kagan had vowed to go hunting to allay their concerns about her cultural awareness on the issue of guns. When she joined the court, she asked her friend, Scalia, to take her. The two, who occasionally shot intellectual darts at each other on paper, became regular, if unlikely, hunting partners.

The Supreme Court is a singular institution in our system: lifetime appointees, powerful in their impact but uniquely opaque in their process of arriving at decisions.

We have become inured to the animus that characterizes the relationship between many of our elected officials in these highly partisan times. But members of the court, free from the pressures of running for office, relate to each other in a different way.

So much so that a conservative lion would lobby the President’s adviser for his liberal friend. Thank you, Justice Scalia, for your service to our country.