It happened on the mezzanine level of the city-owned parking garage located at the corner of Main St. and Constitution Dr.

Although it's public parking, the people we spoke with all live at Encore 4505, the apartment complex attached to the garage.

One after another, they walked into the garage Tuesday morning to find their windows smashed and items stolen out of their cars. 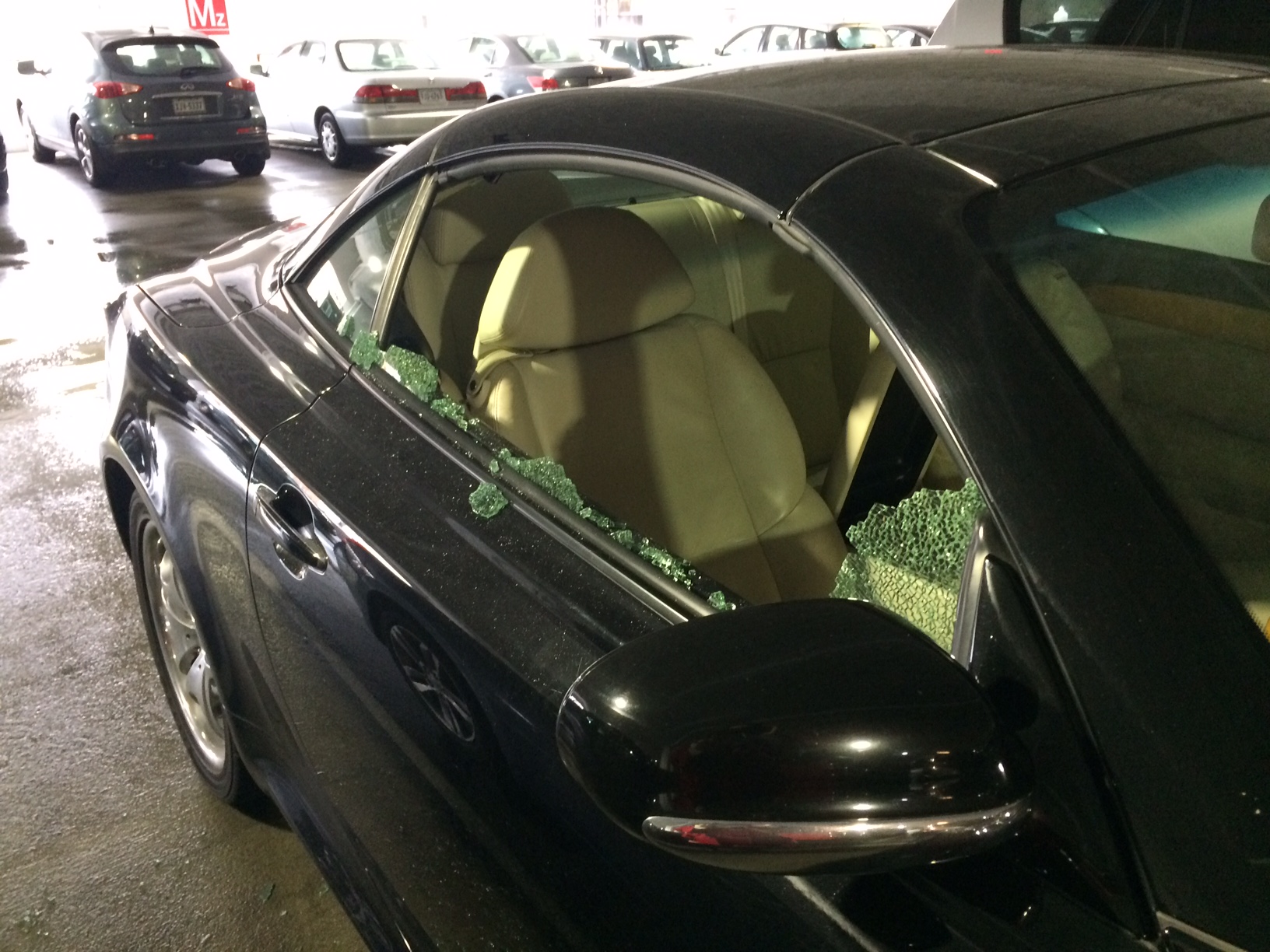 It wasn't how Abby Farlow wanted to start her day.  "I didn't do anything to deserve to have my car smashed," she said.

Robert Holt estimates about $2,600 worth of stuff was stolen from his car.  With a long commute to Richmond for work - "I live out of my car," he said.

He'd been keeping things in a lock box, but the thief just took the whole box.

The only thing he's thankful for - the engagement ring he'd been keeping in his car to hide from his girlfriend was no longer in there since he just proposed last weekend.

"That was the first thing I thought of, like whoops, glad they didn't get that," Holt said.

With so many cars hit, many residents have asked the same question - where was security?

According to a city spokesperson, there is always a security guard roaming through the five city-owned garages in Town Center, provided by a company called Admiral Security Services.

NewsChannel 3 reached out to them but was told they have no comment.

Security cameras in the garages are overseen by another company, Republic Parking.

General Mananger Joe Belec says they're working with the city to make some changes in light of what happened.

Right now there are security cameras at the entrances and exits to the garage as well as one on the mezzanine level where the break-ins happened.

It's unclear at this point if they were able to capture the person or people responsible.