Three people died Wednesday afternoon as a result of severe weather in the Town of Waverly.

Sadly, one of 3 confirmed deaths was a young child who died when mobile home was hit.

A WTVR reporter spoke with a trooper who said the child died when a mobile home was hit by severe weather.

Police say all three victims were found about 300 yards from the mobile home. Their bodies were transported to the medical examiner's office.

There are four other structures that were damaged. No one else has been reported missing.

There were reports in the area of seeing a funnel cloud, but there has been no official declaration of it being a tornado.

Due to significant debris from the storm, much of Route 460 and Route 40 in and around Waverly are impassable.

Appomattox County was severely damaged after a reported funnel cloud left an 8-10 mile path of destruction.

Seven people were injured, two of those injuries are serious.

At 10:30 p.m., police say they found a man who was reported missing when his house was destroyed in the Evergreen community of Appomattox.

They say 78-year-old Edward K. Harris' home was destroyed by the reported funnel cloud. He was thrown from his residence when the tornado struck his mobile home.  His body will be taken to the Medical Examiner's office.

Edward Harris' wife is one of the seven people injured in the storm.

According to the Office of the Chief Medical Examiner, a fifth death has been confirmed. We are still waiting for more information on the death of the fifth person.

Thousands of residents are without power and there are several downed trees  and power lines.

All Appomattox schools are closed on Thursday as crews work to clean up the damage.

There were also damages reported in Essex County and  Tapphannock.  Several were injured but there were no reported fatalities. 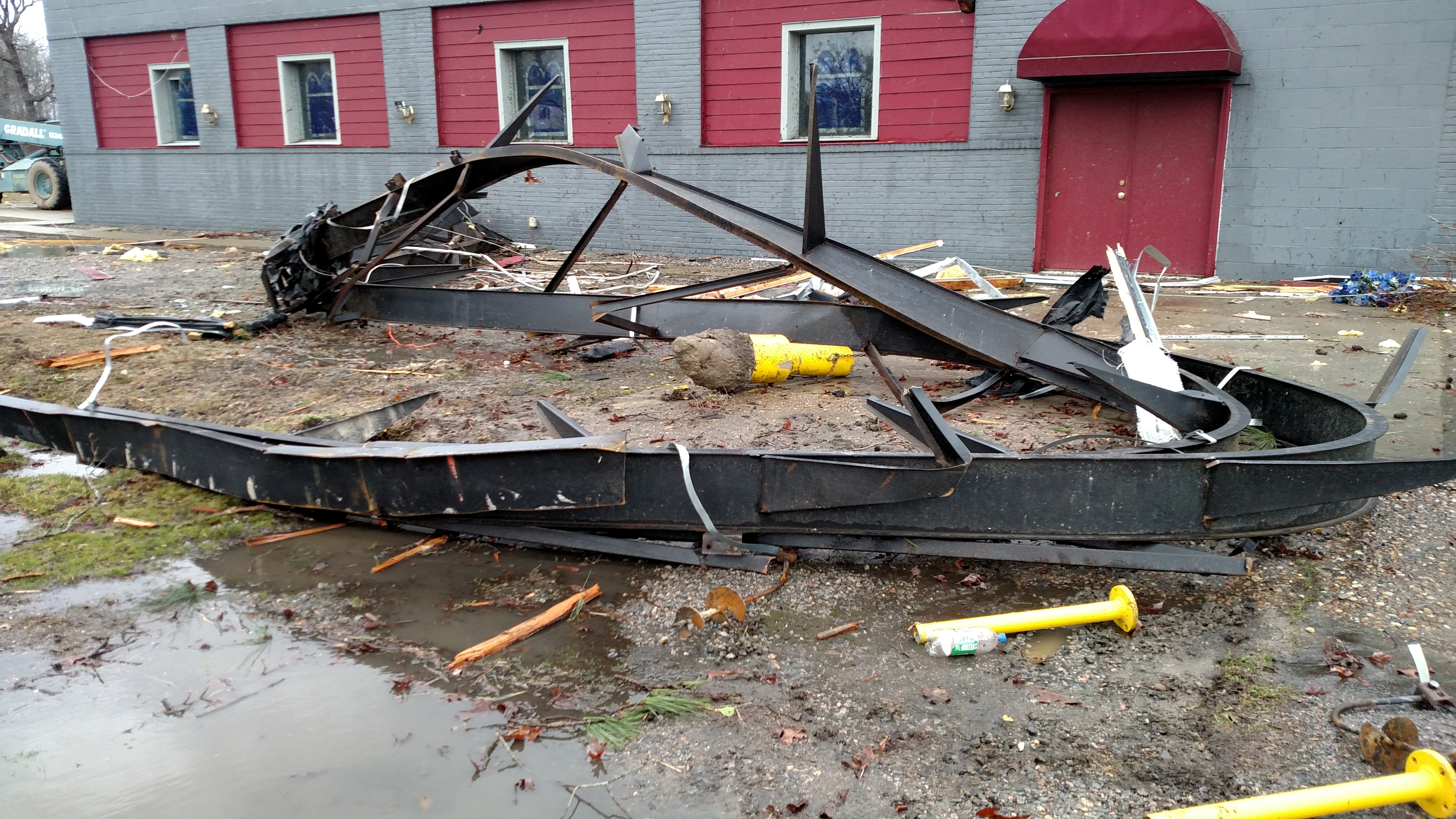