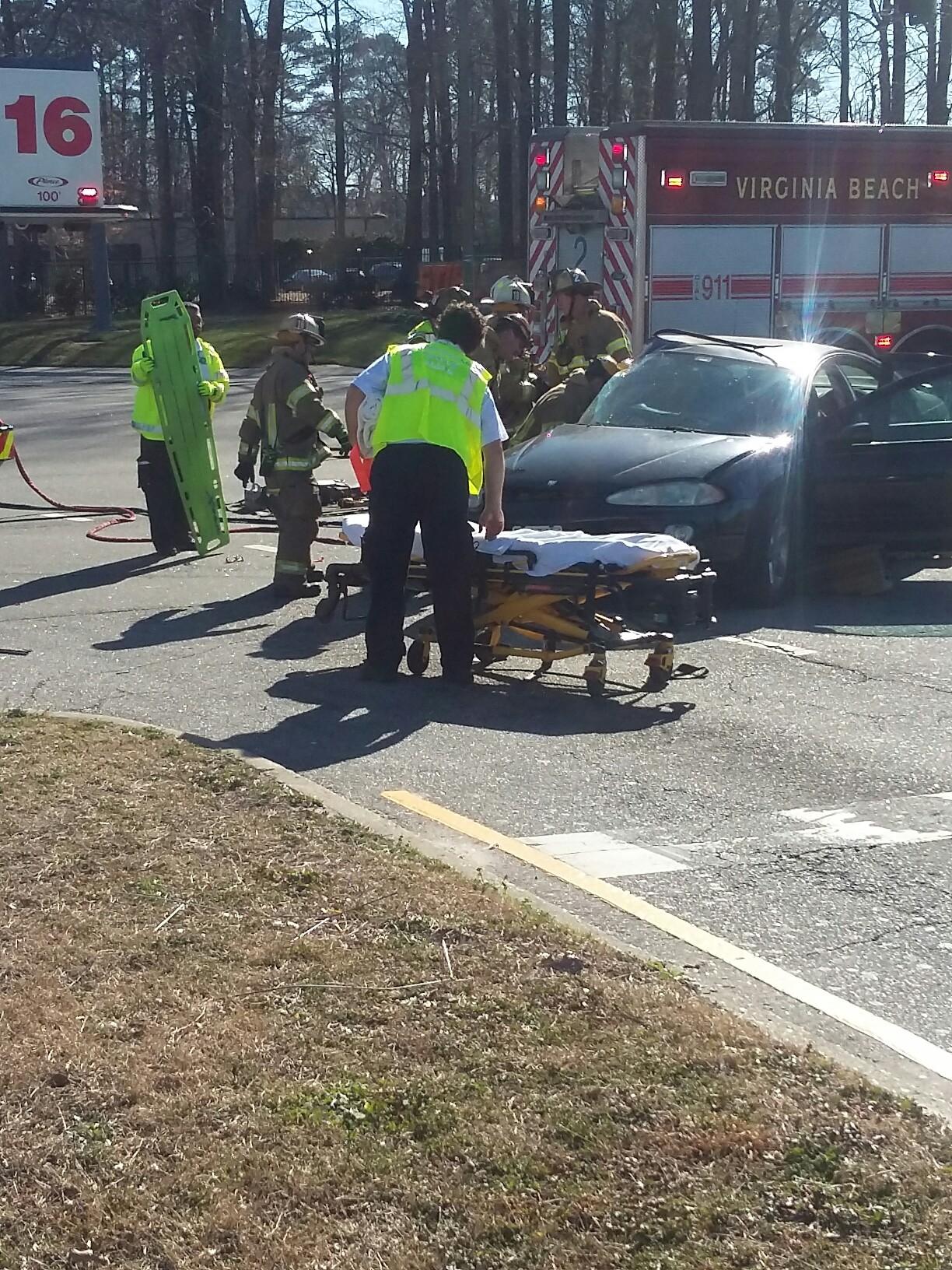 The crash happened on March 1 and involved an EMS vehicle.

The Virginia Beach EMS vehicle was traveling south in the 700 Block of Lynnhaven Parkway when it entered the intersection of North Mall Drive.

The passenger of the black Dodge, 88-year-old Doris Virginia Baxter, was killed. The 29-year-old driver was hospitalized with non-life threatening injuries.

The driver of the city vehicle, Brigade Chief Jeffrey L. Brennaman, was reassigned to administrative duties after he crashed into the two women. Police say Brennaman was headed to the city garage and was not responding to an incident at the time of the crash.

Interim EMS Chief Ed Brazle said, “This is a tragedy and I extend heartfelt condolences to everyone involved.”

Brennaman faces up to 12 months in jail and a fine of $2,500. There are no pending court dates yet.