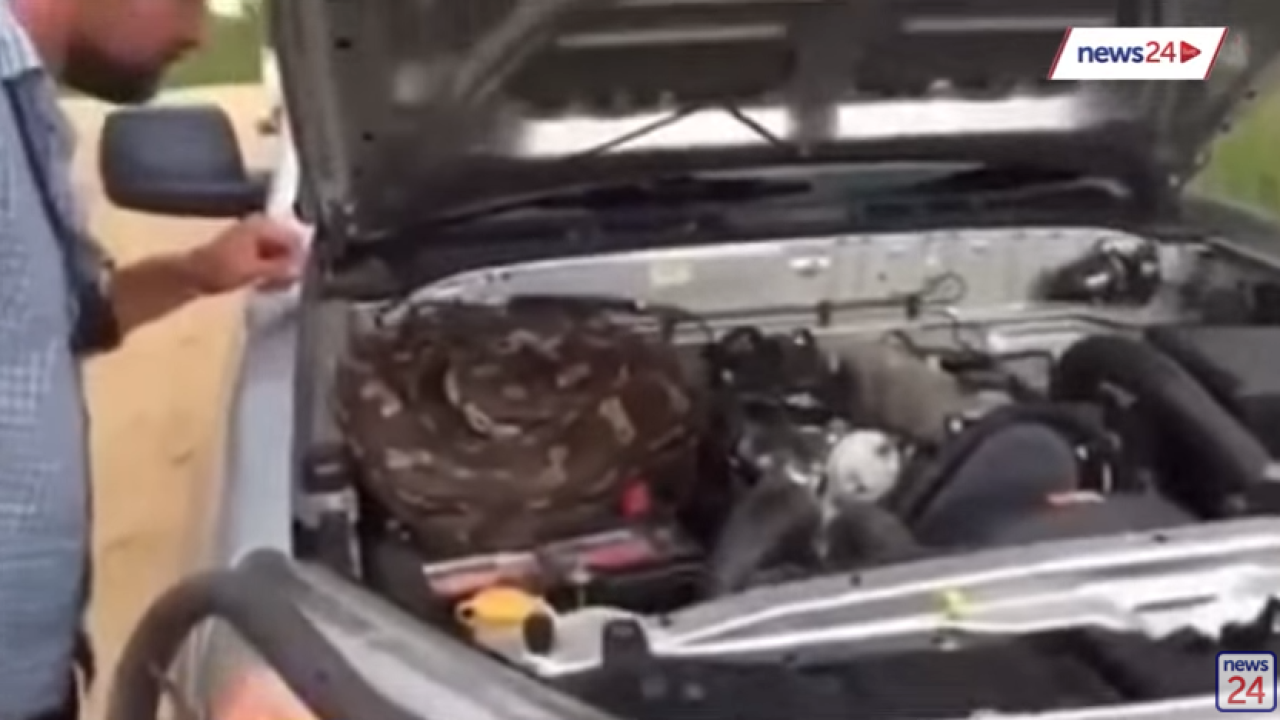 There’s car trouble, and then there’s this.

A family in Zimbabwe discovered the root of their engine problems last week went beyond spark plugs and fuel injectors.

The Mosterts — living in Karoi, just north of Harare — were shocked to find a massive African rock python huddled under the hood of their vehicle.

The video of Ben Mostert removing the snake went viral. In the video Mostert calmly grabs the python around its neck so it couldn’t bite him, while his 5-year-old son Patrick shouts in the background, “It’s a rattlesnake! it’s a rattlesnake! It’s a massive snake!”

Mostert and another man move the python into the bush next to the road and quickly run away.

Funny thing is, this wasn’t Mostert’s first encounter with the snake.

“That was the second time the python was caught that day,” he said.

He says the python was somewhat of a permanent fixture around his family’s house. When they first moved in, the previous tenants warned them of a giant snake which caused multiple lambs to go missing.

Since the Mosterts have lived in the home, their cat has disappeared.

So when Ben Mostert found the python last Wednesday in the family’s chicken house, he captured it and stuffed the snake into a grain bag to transport it. He took it to a river about four miles from the house, where he thought the python would best enjoy its surroundings, far from any human habitation.

Only thing was, when Mostert released the snake into the wild, it slithered straight back to his car.

It climbed on the front wheel and up the radiator.

Mostert didn’t know what to do so he drove around slowly, hoping the snake would uncoil itself and drop to the road.

Finally, Mostert decided to stop and see where the snake was inside his car. That’s when he found it coiled around the engine.

Mostert, a farmer, has caught many pythons before, and he’s sure the snake inside his car won’t be his last. He says pythons are a problem. They also are protected royal game in Zimbabwe, he said.

He hopes at least this time, the python won’t find its way back to his car or home.