A police department in Illinois released a “don’t drink and drive” video with an unusual image: a car traveling the wrong way with a 15-foot-tree lodged in its front grill.

Roselle Police say one of their officers saw the car, pulled it over and arrested the driver in January. The bizarre images of the arbor appendage were uploaded to the department’s Facebook account last week.

The post, which has more than 20,000 shares, shows a tree standing straight up from the grill of a Lincoln car. The bumper appears to have fallen off.

“After stopping the driver, [the officer] also noticed the airbags had been deployed (apparently from hitting the tree),” the Roselle Police Department wrote on its Facebook page. 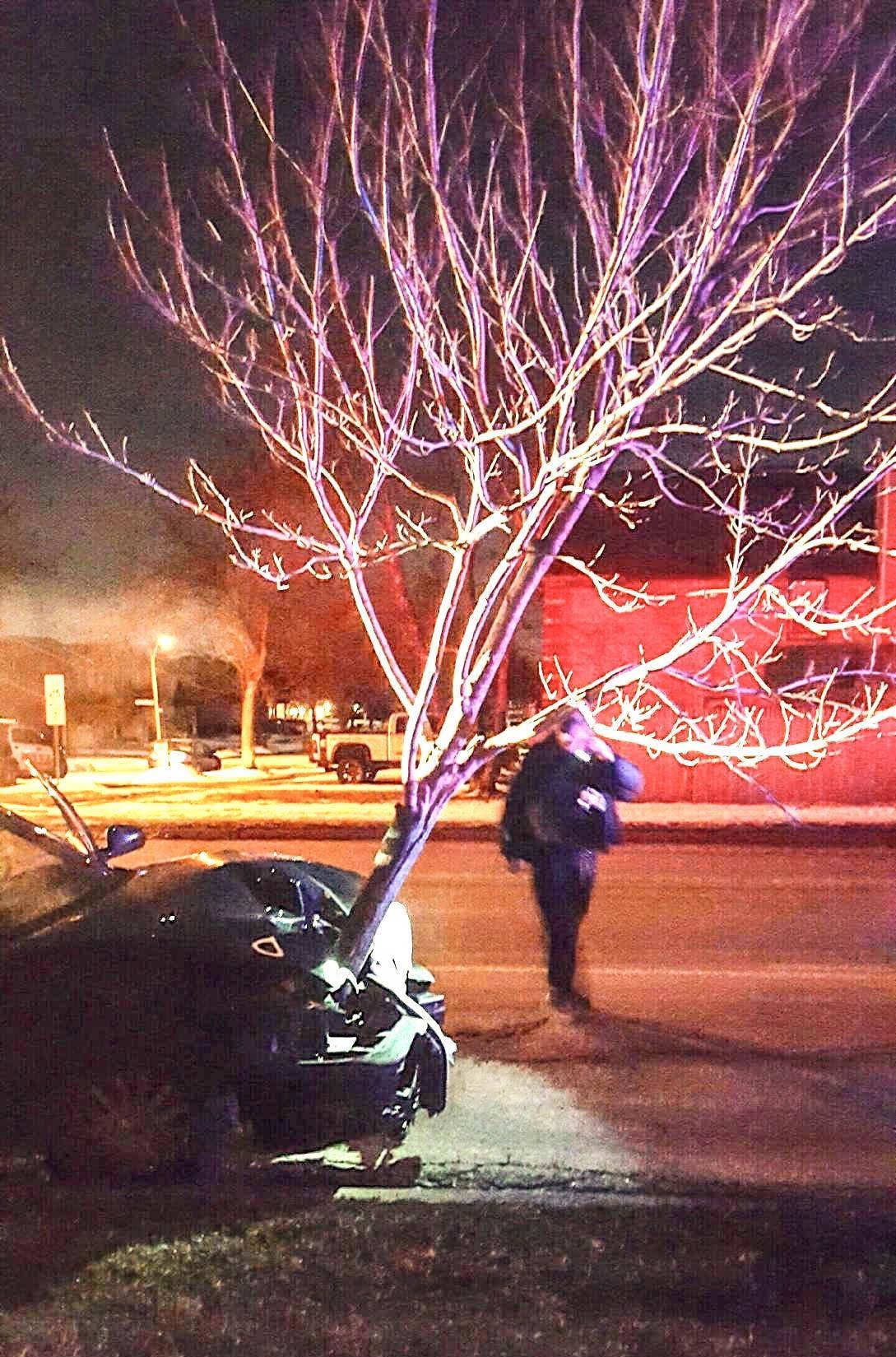 While the images were going viral online, some questioned their authenticity, prompting the Police Department to release a video of the unusual encounter.

The video shows the car going down a street in the opposite direction. It then cuts to dash-cam video from a police cruiser trailing the tree-riddled car, in which the police officer pulls the driver over.

They noted in the post that “some just didn’t believe it was true.”

The driver was arrested and charged with driving under the influence of alcohol, according to the Facebook page.

“Yet another reason why you should not drink and drive,” the post reads.

The Roselle Police Department did not respond to CNN’s calls for comment Monday. Roselle is in northwestern Illinois near Chicago.