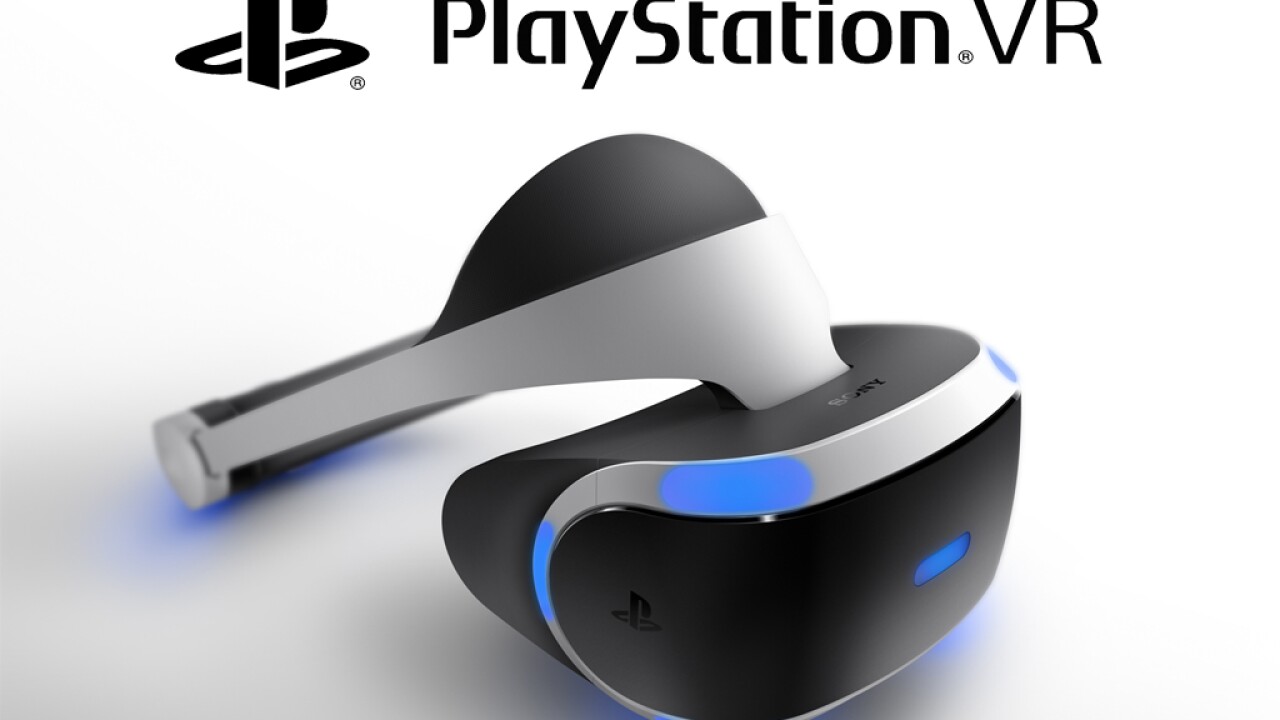 Sony’s new virtual reality headset, the PlayStation VR, will be released in October in Japan, North America, Europe and Asia.

Sony is already accepting pre-orders for the headset online.

The prototype design hangs over a user’s eyes and blocks all outside light — completely immersing a player in a game. Inside, there’s a 5.7-inch OLED display screen with 1920 x 1080 resolution. Images are refreshed at a wickedly fast 120 frames per second.

There’s no telling yet if users will experience the same sort of sickening, dizzying feeling that plagues other virtual reality headsets.