Seattle, Wash. — Several streets in Seattle were closed after 11 a.m. Tuesday while officers worked “to get a man out of a tall tree,” according to Q13 Fox. 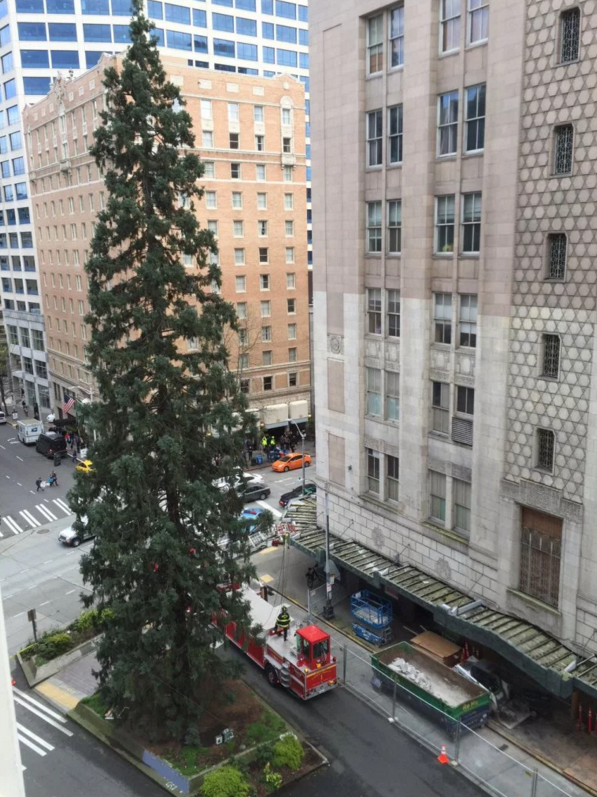 Authorities said the man was not being cooperative and at one point threw an apple at paramedics.