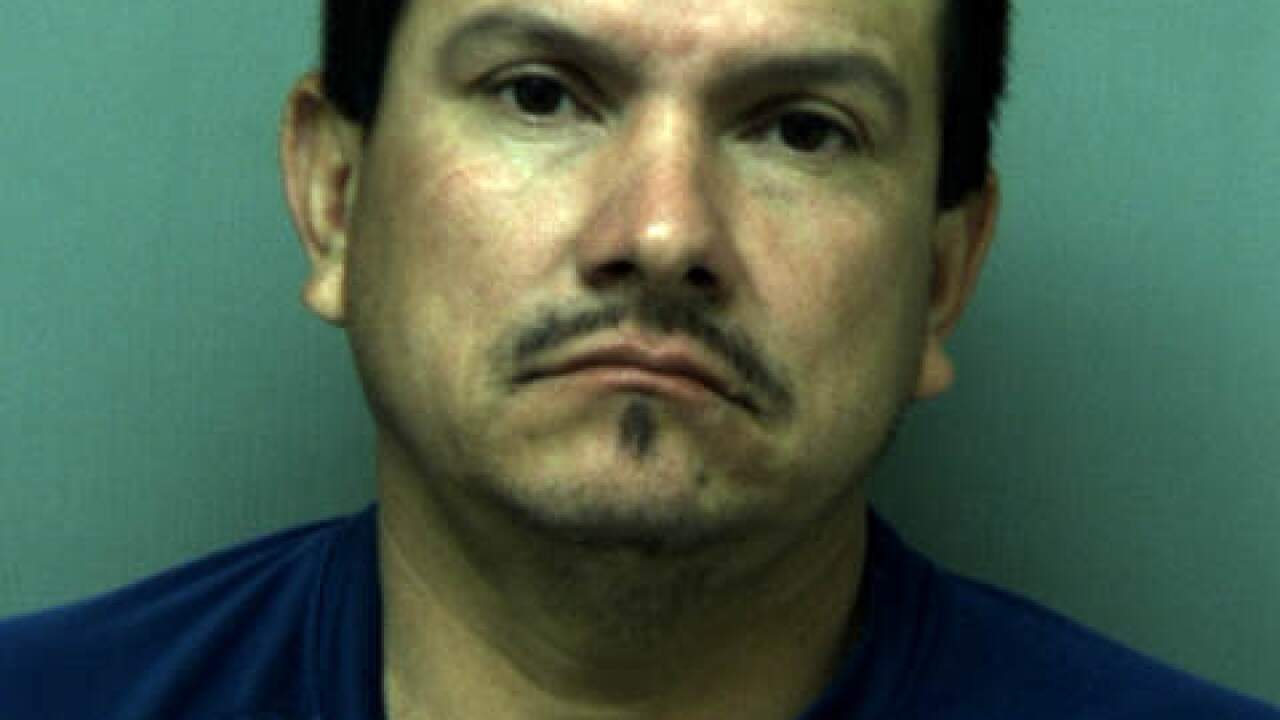 Williamsburg, Va. – A man is in custody after police say he was peeping into a woman’s window at a Williamsburg apartment complex.

Officials say the incident happened on March 18, 2016 at an apartment complex in the 100 block of Merrimac Trail.

A woman told police that a man with a dark face wearing a long black coat with fur around the hood and shorts peeped into her window.

When officers arrived, they found a man who fit the description.

They identified the suspect as 43-year-old Oscar Uridio Guerra Gonzales. They found him under the stairs.

He was arrested for being drunk in public and he was also charged with Peeping Tom, police say.

He was taken to the Virginia Peninsula Jail where he is being held.