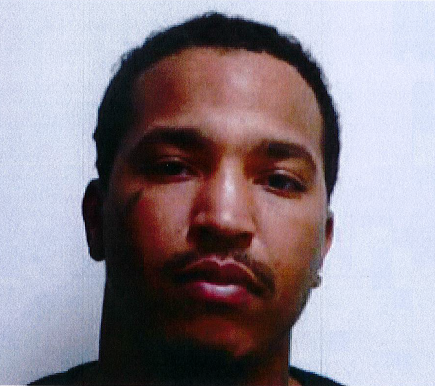 The sheriff’s office received a call about a home robbery in the 25000 block of Tennessee Road in the Adams Grove area of the county around 3 a.m. on Christmas Day.

The victim told deputies that four armed men wearing masks came into her home and made her and her daughters get into a bedroom. The robbers stole Christmas presents, cash and credit cards.

The  woman was ordered to call her husband to come home. When the husband came home, the robbers fired shots at him. He was not injured.

The victim gave deputies a description of the robber’s vehicle and deputies located the vehicle on Southampton Parkway near Capron.

The vehicle would not stop, causing a police chase into Hertford County, N.C.

North Carolina officers deployed spike strips. The vehicle stopped in a trailer park off of Leaf Road near Murfreesboro, N.C.

Holley was taken to Hertford County Jail where he remains in custody as a fugitive. Holley faces the following Virginia charges Misdemeanor Elude, Felony Burglary/Home invasion, Felony Grand Larceny, Felony Abduction and Felony Use of a firearm in commission of a felony.

Britt was arrested by North Carolina authorities this week and is being held in Winton, NC awaiting extradition to Virginia.

All four men have warrants for Abduction; Burglary ;Use of a firearm in the commission of a felony; Break and Enter with the intent to commit a felony and eluding police.