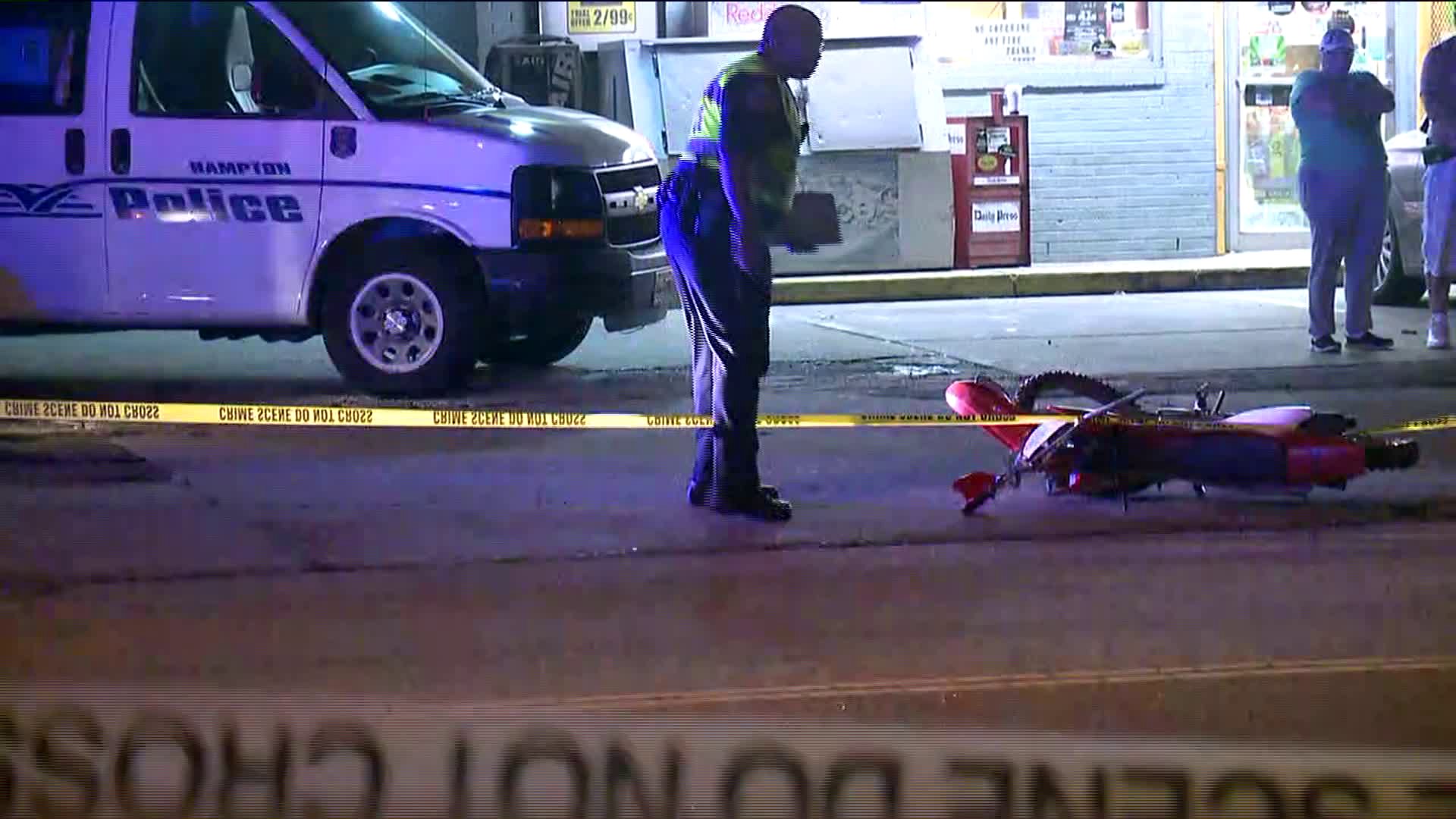 Police were notified about the crash in the area of Shell Road and Bell Street at 8:43 p.m. Friday night.

When officers arrived, they found the driver of one of the dirt bikes suffering from critical injuries.  The 29-year-old Newport News man was taken to a local hospital  in critical condition.

There were no reported injuries by the 30-year-old woman who was driving the Dodge Caliber.

Police say the other dirt bike involved in the crash left the scene before officers arrived.

Hampton Police say the 29-year-old driver of the dirt bike is still in the hospital but is stable. He faces multiple traffic violations including: reckless driving, operating a dirt bike on a city street, no headlights, no helmet, no insurance, failure to register a vehicle and failure to inspect a vehicle.

Police are asking for help in identifying the other dirt bike driver involved in the crash.

Anyone with information that will assist police is encouraged to contact the Hampton Police Division at 727-6111 or the Crime Line at 1-888-LOCK-U-UP. Tipsters can also send an anonymous tip via text message to the Crime Line by texting “HAMPTONPDTIPS plus your tip” to 274637 (CRIMES). Crime Line callers remain anonymous and never appear in court. If a Crime Line call results in an arrest, the caller is eligible for a reward up to $1,000.00.