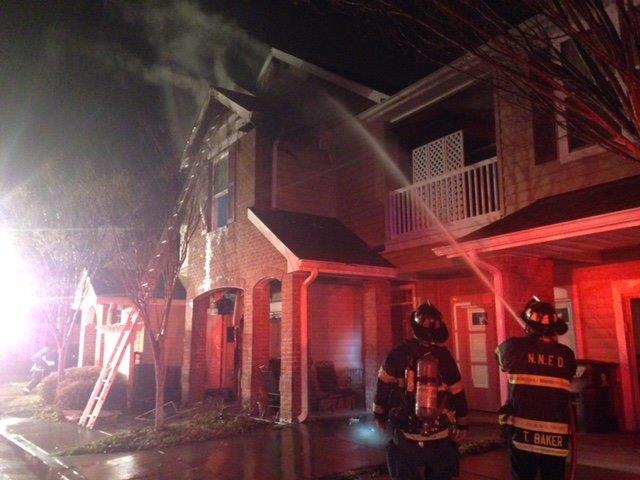 Just after midnight they were dispatched to a report of a trash fire outside of the home in the 700 block of River Rock Road in the Stony Run Townhomes complex.

As firefighters were responding to the call, dispatchers got additional 911 calls reporting that the building was on fire.

When firefighters arrived, they found flames burning up the exterior of the front wall and flames extending into the roof life.

Once inside, firefighters determined the fire had spread into the attic.

The fire was declared under control at 12:47a.m.

No one was inside at the time of the fire and investigators with the Fire Marshal’s Office are still trying to figure out the cause, but they do think it started outside of the townhouse.

One person who lives at the home is displaced. Damage to the unit is estimated to be nearly $55,000.

An adjoining townhouse was impacted by the fire but it was not condemned.

No injuries were reported in the fire.