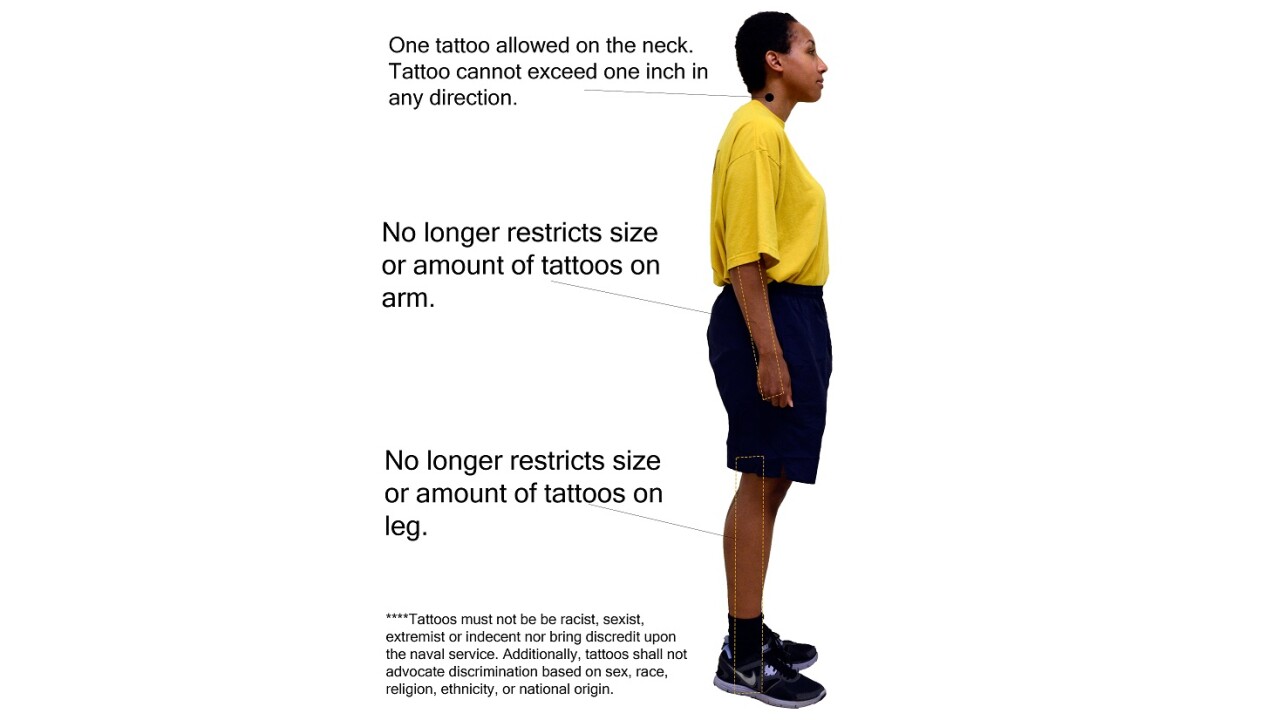 Norfolk, Va. – The U.S. Navy announced a change to its existing tattoo policy on March 31.

The policy regarding the content of the tattoos remains the same — Tattoos must not be racist, sexist, extremist or indecent, nor bring discredit upon the naval service. Additionally, tattoos shall not advocate discrimination based on sex, race, religion, ethnicity, or national origin.

The Navy says the policy change is being made due to the increased popularity of tattoos for those currently serving and in the population from which the Navy draws recruits. This is to ensure the Navy does not miss opportunities to bring in talented young men and women who are willing to serve.

The changes go into effect on April 30.

More information can be found in NAVADMIN 082/16.