"It`s been hard to take in and accept the fact that somebody with so much life as Chad could be gone in just such an instant," Virginia State Trooper Joseph Napier said.

Family and friends describe him as being upbeat and always helpful.

"Chad was a very thorough trooper. Very well paced trooper. As any picture you`ve ever seen of him, his smile just showed how much life was in him," Napier explained.

Even though he’s gone in body, they say Dermyer leaves behind a lasting impression.

"Even now while he’s resting, he can still people together," Napier said.

Dermyer was killed at a Grayhound Bus Station in Richmond on Thursday afternoon.

The suspect was killed and two others were injured.

As Virginia State Police continue to investigate, Trooper Dermyer, who served in VSP's Chesapeake Division,  is being remembered as an outstanding asset the force.

He had just recently transferred to the state police Counter-Terrorism and Criminal Interdiction Unit. He leaves behind a wife and two young children.

The funeral service will be held in the same location the following day on April 5th, 2016 at 11 a.m.

Friends and family bow their heads for a moment of silence during today's vigil. https://t.co/4Cv7d89niX pic.twitter.com/iILLZiRzTF

Friend says they lost Dermyer to something evil. https://t.co/4Cv7d8qYHx pic.twitter.com/OfdU2Oh3Fq 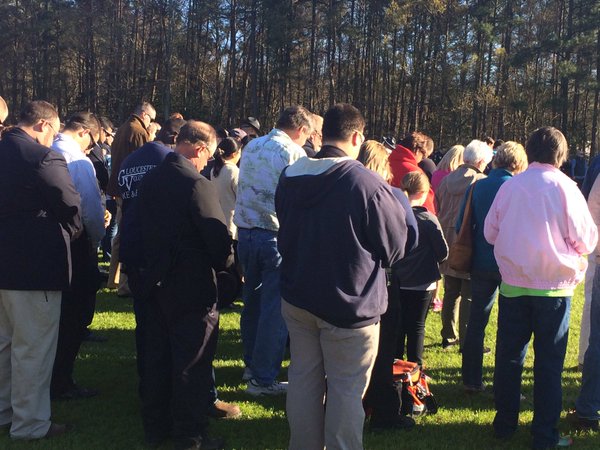 Friends and family bow their heads for a moment of silence during today's vigil. https://t.co/4Cv7d89niX pic.twitter.com/iILLZiRzTF