Hampton, Va. – People gathered at Liberty Baptist Church in Hampton on Tuesday for a funeral service for Virginia State Trooper Chad Dermyer. The service was followed by a procession to Gloucester for his burial.

Dermyer was killed in the line of duty at a Richmond Greyhound bus station on March 31.

Dermyer, a Jackson, Michigan native, had been a Virginia State Police Trooper since his graduation from the Virginia State Police Academy in November 2014. His first patrol assignment was with the Chesapeake Division’s Area 46 Office, which encompasses the cities of Newport News and Hampton. He had just recently transferred to the state police Counter-Terrorism and Criminal Interdiction Unit.

He is survived by his wife and two young children.

Scroll down for more information on the funeral and procession. 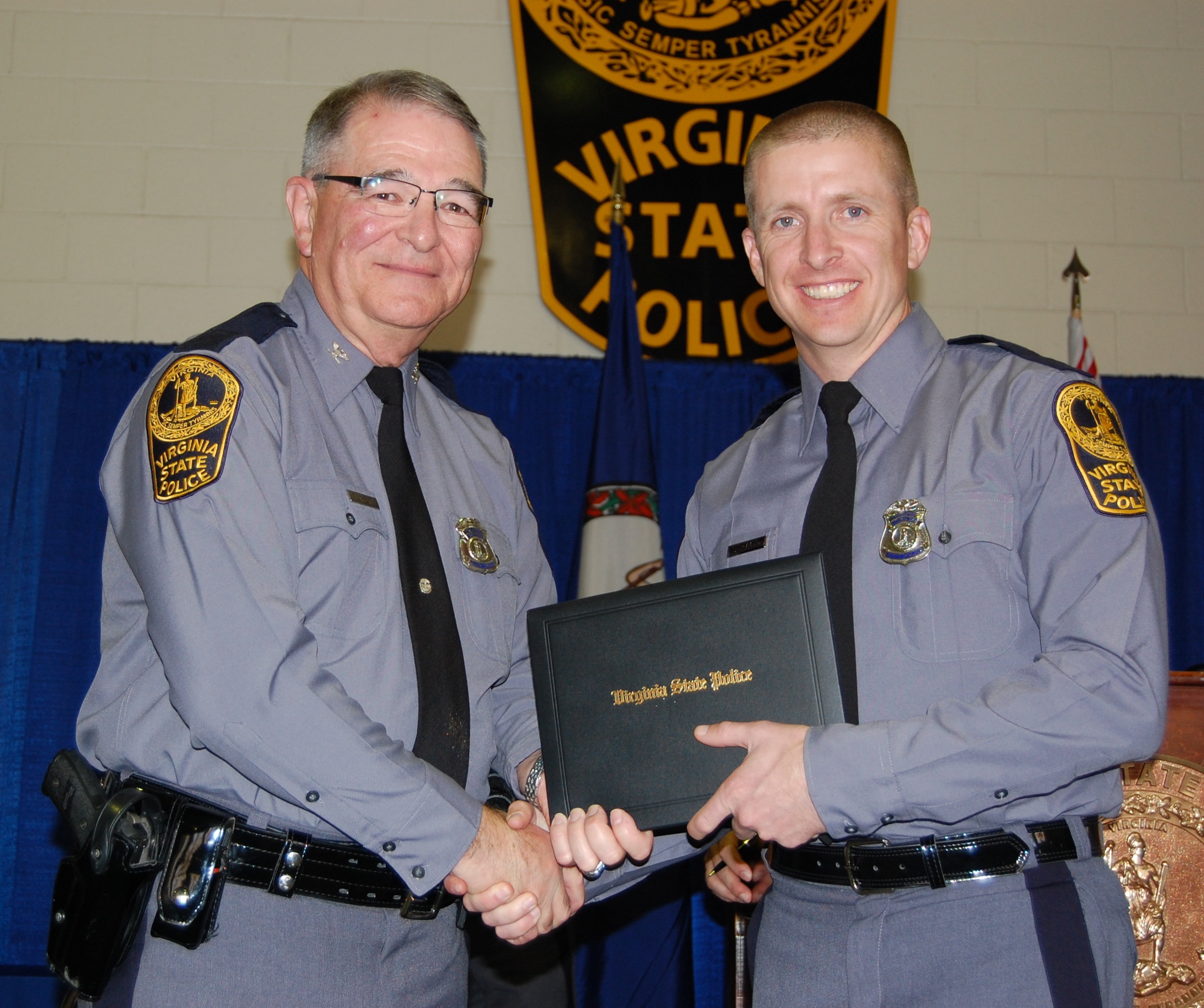 Order of the Program for Trooper Dermyer’s Service:

Recessional…proceed outdoors for placement of the casket by the VSP Honor Guard into the hearse… then procession begins to Gloucester County for the burial.