Crews from the Navy and the Coast Guard helped to rescue three men who were stuck on the deserted island of Fandadik, Federated States of Micronesia.

The three men say their boat, a 19-foot skiff, was capsized by a large wave just a few hours after they left on April 4th.

They spent the night swimming until they arrived at Fandadik Island, which is four nautical miles from Pulap.

The men waved their life jackets and stood next to a large help sign made from palm leaves.

The P-8A, attached to Patrol Squadron (VP) 5, and operating from Misawa, Japan, responded to a call for assistance from the U.S. Coast Guard. The VP-5 is in the middle of a routine deployment to the U.S. 7th Fleet area of operations.

A small boat recovered the men and no one was injured. 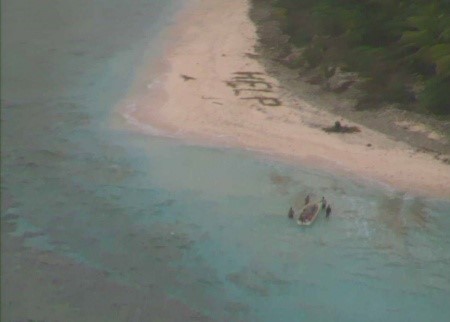