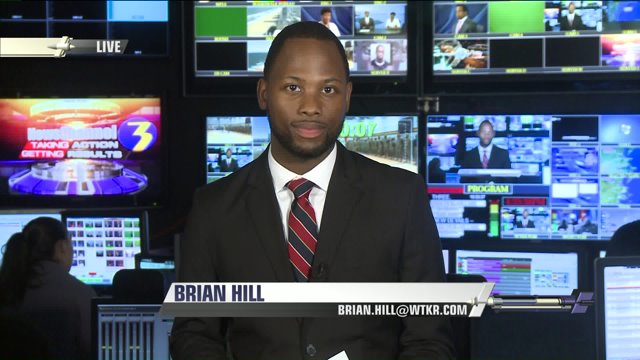 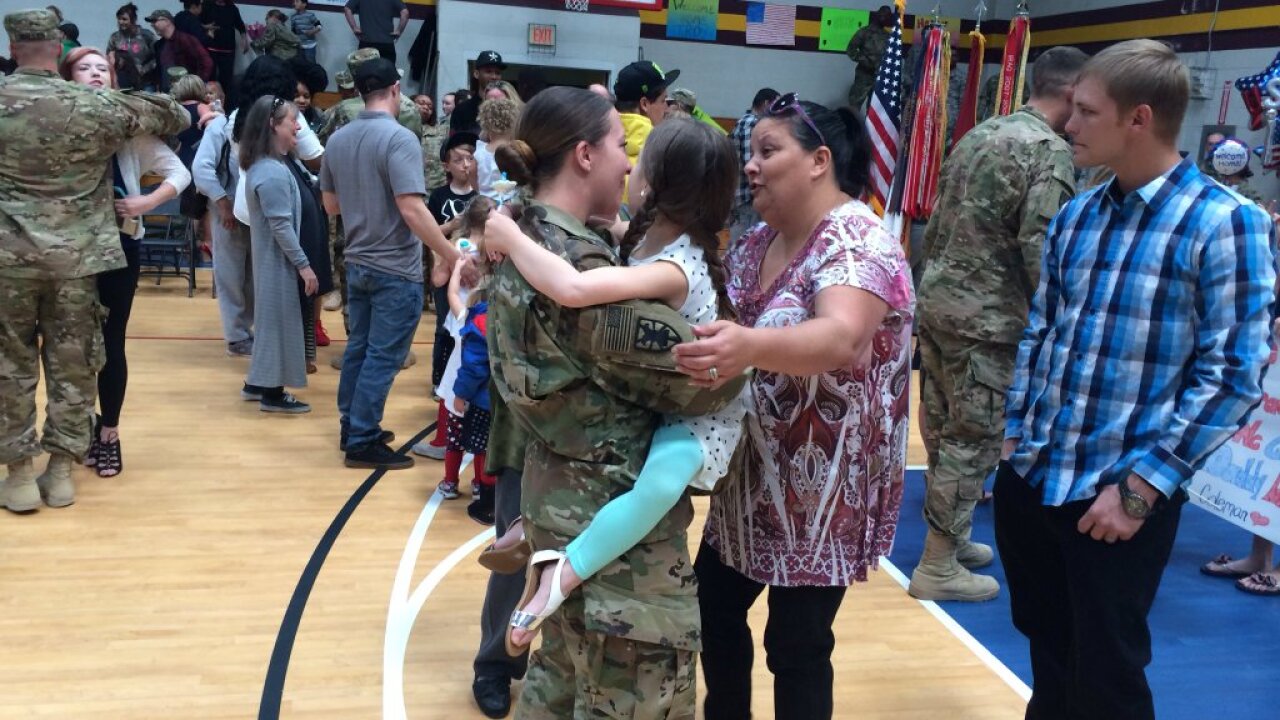 It was a tear-filled moment as Beverly Pringle-Baker got to hug her daughter captain Jennifer Baker for the first time in almost a year.

"When I finally saw her come in, my heart fluttered cause I’m so proud of my baby," Pringle-Baker said.

That was a similar expression for many other parents.

The soldiers, who are assigned to the 119th inland cargo transfer company, left last June to take part in Operation Spartan Shield and Inherent Resolve.

Captain Baker helped lead them through battlegrounds in Kuwait and Iraq.

For Sergeant Elizabeth Bowden, she says the hardest part about being deployed was not seeing her 4-year-old daughter grow up.

"It was really hard to be away from her and not like be there with her with her school work and help her learn how to write her ABC's and spell her name," Sgt. Bowden said.

So what’s her first plan now that she back home?

“She has a t-ball game today, so we’re gonna go to that," Bowden said.

Even though they’re constantly deployed and risking their lives, Captain Baker says it all worth it because they’re serving something bigger than themselves.

Both Captain Baker and Sergeant Bowden say it’ll be a while before they’re deployed again.

The Soldiers' primary responsibility was to provide logistical support to deployed forces.