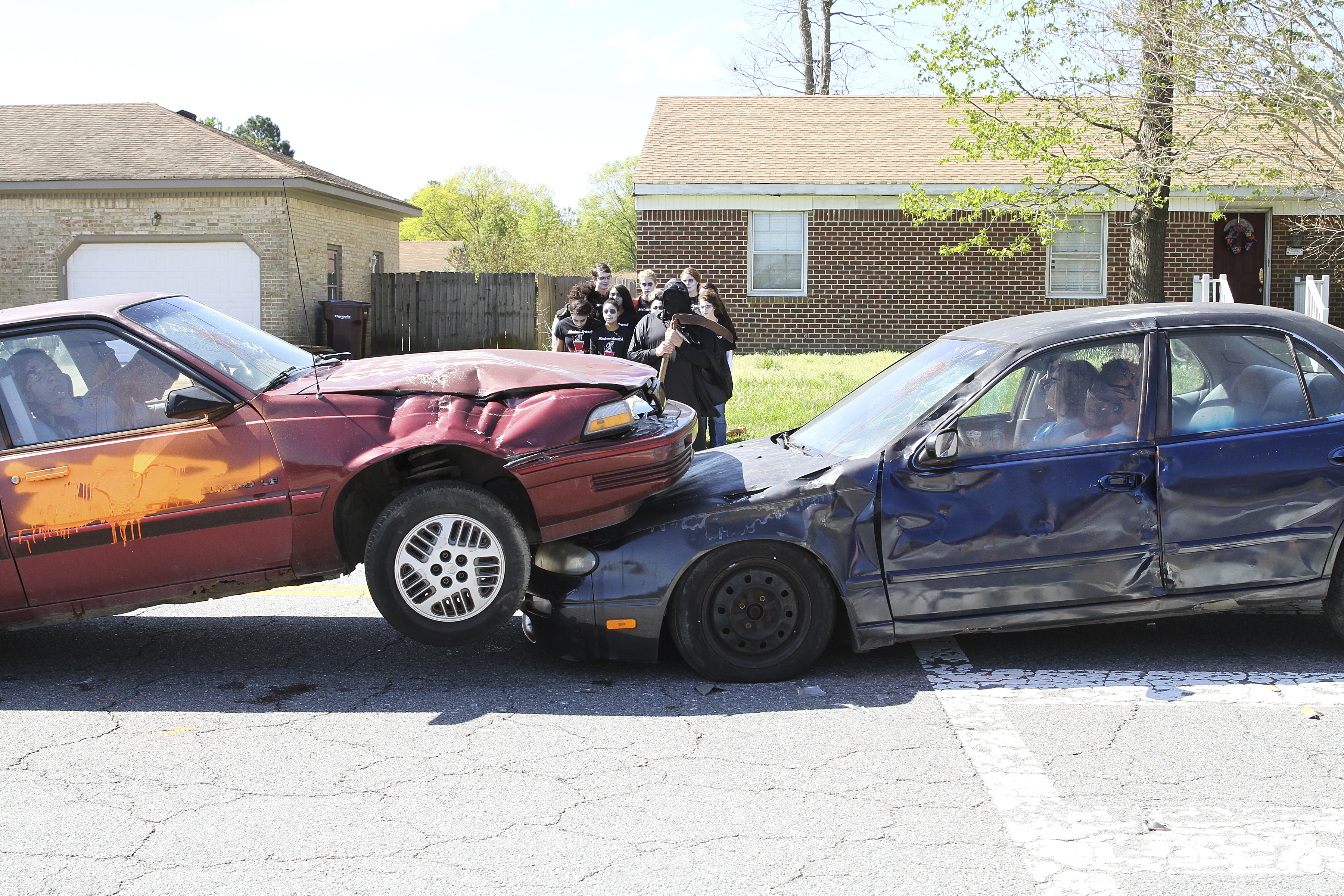 The award wining anti-drinking and driving awareness program “Every 15 Minutes” is an interactive program involving middle school and high school students and their parents.

Eighteen preselected students were removed from class by the “Grim Reaper” Thursday morning. Police officers read the students’ obituaries written by their parents to the participants’ classes.

A mock driving under the influence crash scene was staged and students viewed injuries and the “death” of a student. The driver, suspected of driving under the influence, went through sobriety testing and arrest procedures. Sentara Nightingale transported the “injured” student to the Chesapeake Regional Medical Center. A funeral hearse took the body of a dead student to the morgue. The “dead” students will go on an overnight field trip to a hospital trauma unit and morgue, a mock court DUI trial and the city jail. The students will have dinner while listening to a speaker before going to their hotel rooms, where they write a final letter to their parents.

On Friday, students will attend an assembly and watch a video of the mock crash, the visit to the morgue and trauma center and DUI trial. The letters the students write to their parents will be read.