NEWPORT NEWS, Va. – Firefighters battled a fire at the Cash Quick Pawn Shop in the 15500 block of Warwick Boulevard.

The first fire units came to the scene just before 1:30 a.m.on  Monday. When crews arrived, they discovered that there was a fire in the back of the pawn shop. 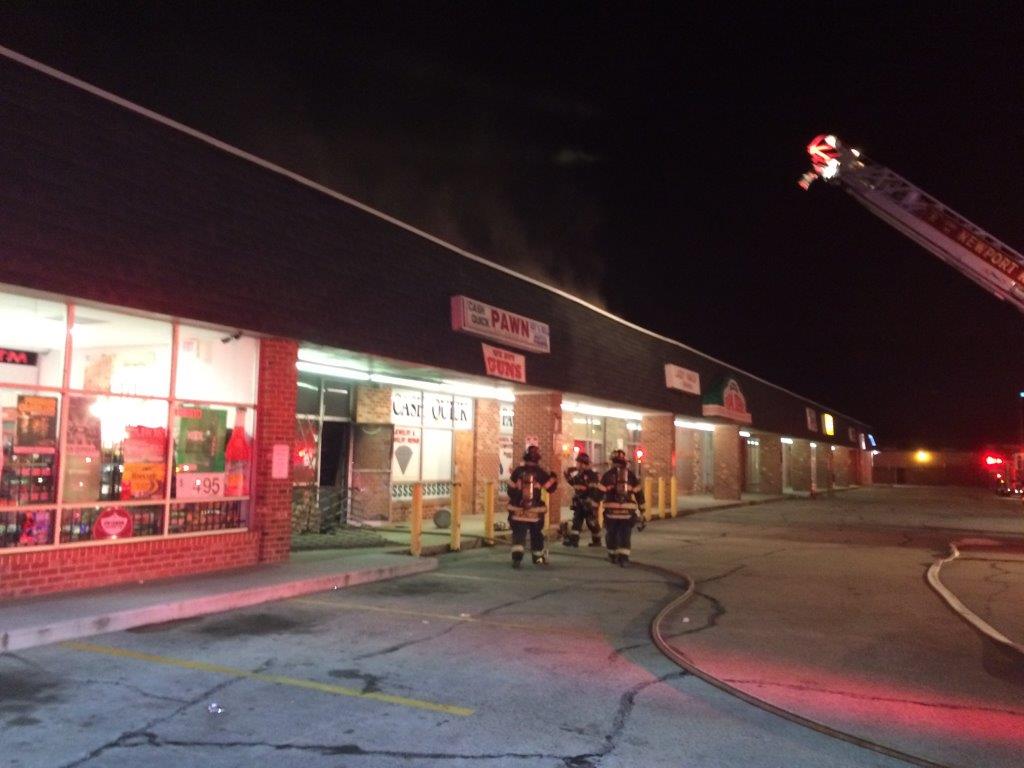 It was hard for firefighters to access the fire because of the steel gate and locking mechanisms at the entry of the building.

The fire was extinguished at 1:54 a.m. Firefighters remained on the scene until 5 a.m. to make sure all of the smoldering embers were extinguished and removed smoke from the adjacent businesses.

The Fire Marshal’s Office says the cause of the fire is most likely due to an electrical failure. The damage is estimated to be around $30,000.

The store was condemned due to the fire damage.