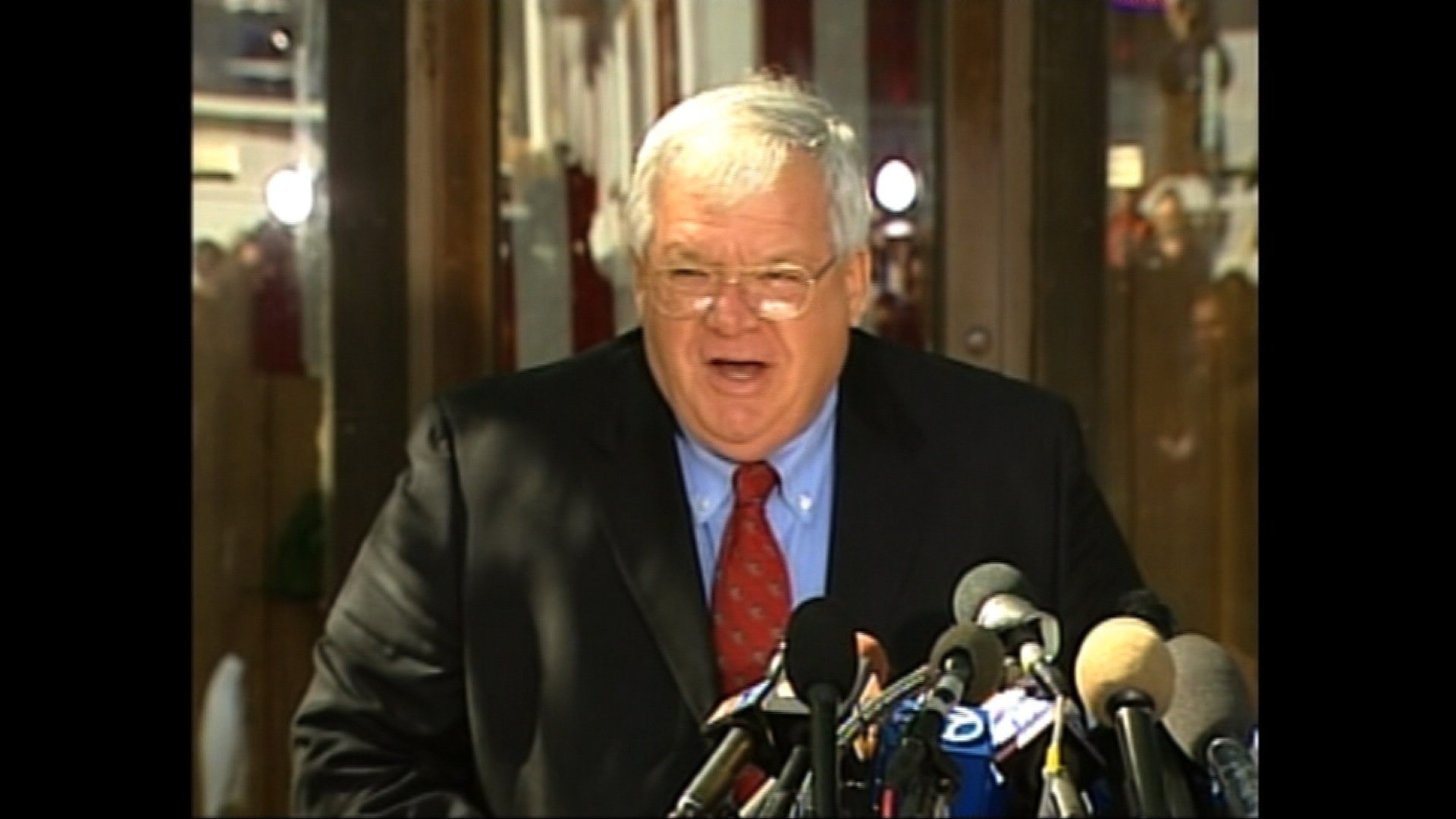 Judge Thomas M. Durkin of the Northern District of Illinois also stated that Hastert should participate in a sex offender treatment program.

“I’m deeply ashamed to be standing before you here today,” Hastert said in court during his sentencing. “I know I’m here because I mistreated some of my athletes as a coach.”

Hastert apologized “to my constituents and my supporters and also my colleagues I served with.” He also apologized to his family and friends.

Sentencing guidelines that prosecutors asked Durkin to consider recommended anywhere from no jail time to six months. Hastert’s attorneys asked that he receive only probation.

Hastert pleaded guilty last fall to structuring bank transactions to avoid requirements on reporting where the money was going. Upon investigation, federal officials determined he was paying hush money to an alleged victim of sexual abuse that allegedly occurred when Hastert was a wrestling coach and teacher in Illinois.

Hastert has apologized for “misconduct” in relation to the case without explaining what wrongdoing he was referencing.

“First and foremost, Mr. Hastert is deeply sorry and apologizes for his misconduct that occurred decades ago and the resulting harm he caused to others,” his attorneys wrote in a filing this month. “He will stand before the Court having deteriorated both physically and emotionally, undoubtedly in part due to public shaming and humiliation of an unprecedented degree.”

His attorneys had also filed a number of letters on his behalf, including from his wife, who pleaded with the judge to consider the “terrible toll” on the family the case has taken and Hastert’s “selflessness” throughout his life.

The court also received letters from former members of Congress who spoke to his deteriorating health and “integrity.”

“He is a good man that loves the Lord,” wrote former House Majority Leader Tom DeLay. “He gets his integrity and values from Him. He doesn’t deserve what he is going through. I ask that you consider the man that is before you and give him leniency where you can.”

Prosecutors countered the letters by saying Hastert’s alleged abuse should also be taken into account.

“The Court must balance the defendant’s public service and the sincerity of defendant’s supporters who wrote letters on his behalf against the fact that defendant enjoyed opportunities and the support of others through the years by keeping secret his sexual abuse of children, including by committing the crime for which he is being sentenced,” attorneys for the government wrote.

Also this week, the primary accuser in the case, who received $1.7 million from Hastert over four years according to an FBI investigation, sued Hastert to receive the remaining $1.8 million he was promised.

The complaint identifies the victim as “James Doe,” who says Hastert breached a private settlement agreement for $3.5 million in exchange for the his silence. The facts described in the complaint line up with the person identified as “Individual A” in the federal indictment.

The accuser alleges the abuse took place when he was 14 and caused a variety of psychiatric conditions.